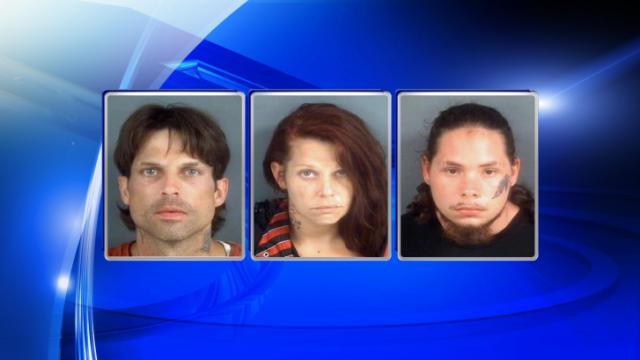 Fayetteville, N.C. — Three people were arrested Tuesday for manufacturing methamphetamine, including a couple whose children were found in a home with a meth lab.

Police went to the home after coming across a mobile meth lab, located inside a vehicle, outside the Regency Inn at 521 Ramsey St. Further investigation led authorities to the Saddle Ridge Road residence, where three elementary school aged children live, police said.

The children are in the custody of their grandparents, police said.