According to Clayton officials, the crash occurred around 8 p.m. on U.S. Highway 70 near the Town Centre Blvd. intersection. 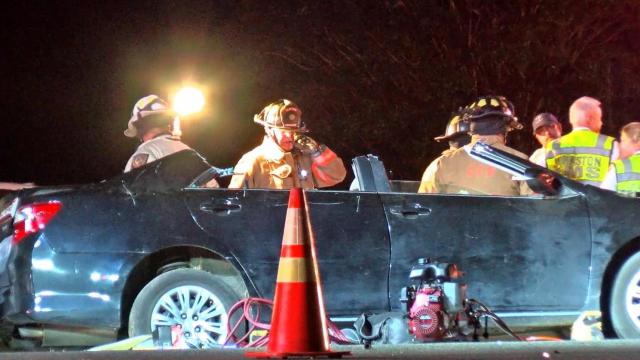 Police said a white Hyundai Tucson traveling eastbound on U.S. 70 drifted out of a lane, passing through the median and into westbound traffic, hitting a black Toyota Camry head-on. Officials said the Clayton Fire Department worked to cut the driver of the Camry out of his car for just under an hour, but his injuries were non-life threatening.

The woman driving the Hyundai and her 10-year-old daughter, who was also in the car, were taken to the hospital for injuries. 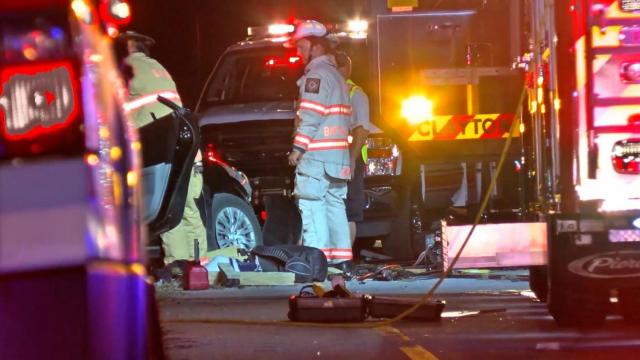 Officials said one of those cars also hit a gray Chevy Traverse going westbound, sending it into an embankment and onto the lawn of the McLaurin Funeral Home. The drive of that car was also transported to the emergency room.

One lane in each direction of U.S. 70 was closed for more than hour as firefighters worked to cut the roof and door off the Camry and clean up the crash site.