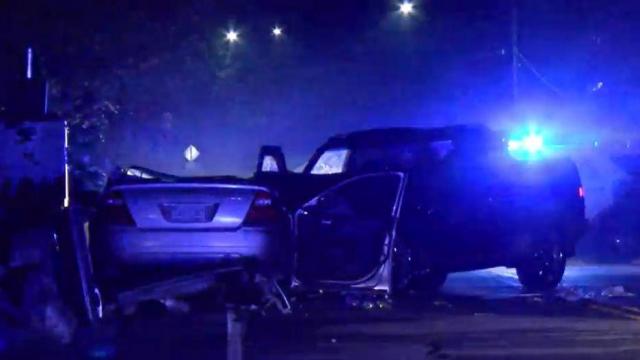 Raleigh, N.C. — Four people, including a child, were injured late Sunday in a head-on crash.

According to officials, two cars crashed into each other head-on at Sunnybrook Road and Woodmeadow Parkway.

There were two people in each car, and all four people were transported to WakeMed, according to officials.

One of the adults was in serious condition, and a child was injured, officials said.