Cary, N.C. — A Cary police officer saw a burglary suspect fire a gun as he was being taken into custody early Sunday, so he returned fire, killing the man, Police Chief Tony Godwin said Monday.

Police were responding to a 911 call at about 2:30 a.m. from a woman who said she and her granddaughter were hiding from an intruder inside their home in the 200 block of Firetree Lane, in the Preston development off Davis Drive.

"I was out on the couch, watching a TV show on Netflix. I couldn't sleep, and I heard this door that leads into the house open and close," the teen told a dispatcher. "I looked over the balcony, and I saw someone."

The women hid in an upstairs closet as police arrived at the home, and the dispatcher said that officers witnessed a man running from the home.

"It's going to be a little bit of time before they get to you. The reason why is they did catch an individual running out," the dispatcher said of why police had not entered the home.

Police weren't able to apprehend the man at that time, however, and K9 units had to be called in to track his whereabouts.

More than two hours later, Shaquian Tyrone Johnson was taken into custody on Creek Park Drive, a few blocks away, but a scuffle ensued, and Johnson was shot, Godwin said.

Johnson, 22, was taken to WakeMed, where he died.

Godwin said a revolver stolen from a vehicle earlier that night was found at the scene.

Godwin said it's unclear whether the gun was pointed at police officers when it was fired, but no officer was injured in the incident. He declined to say how many shots Lopez fired or where Johnson was wounded.

None of the officers at the scene was wearing a body camera. 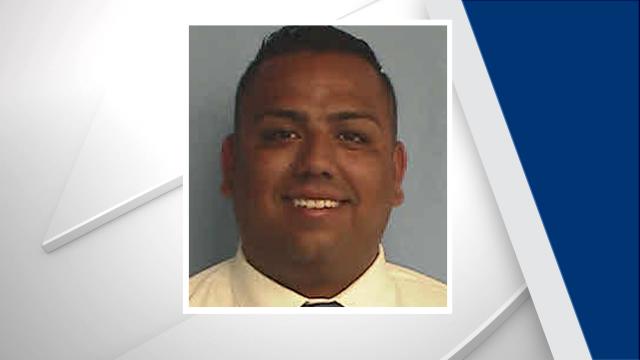 Lopez, 29, has been placed on administrative duty pending the outcome of a State Bureau of Investigation review, which is standard practice in an officer-involved shooting. He has been with the Cary Police Department since 2015 and previously worked four years as a Lee County deputy.

The Wake County District Attorney will ultimately decide whether or not charges will be filed against Lopez.

"We are thankful that a little girl and her grandmother are safe," Godwin said. "We are heartbroken that a mother will never see her son again. And we are mindful that a dedicated public servant will never, ever forget what has happened."

"This was a very protracted event," he said, noting that investigators might not know the full extent of the burglary spree because some homeowners might have been out of town for the holiday weekend and haven't returned yet.

"We have recovered a pretty significant amount of property in various locations throughout the neighborhood," he said. "This is stretched over a number of different addresses."

Mei Thai said a man came into her garage first, but he couldn’t break into her house, so he went next door.

"I checked in the house opened every door and made sure my kids were safe," Thai said.