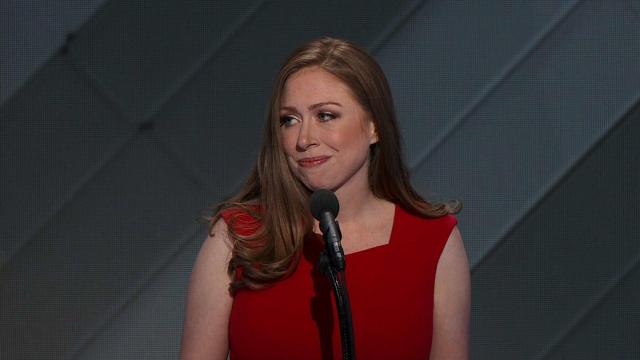 "I'm not considering running for Congresswoman Lowey's seat," Clinton, a Manhattan resident, said during a Wednesday appearance on the talk show "The View," adding that she did, however, "understand why people are asking."

When asked if she would ever run for office, the former first daughter replied, "I don't know, but right now, the answer's no."

View co-host Meghan McCain pointed out that Clinton had recently had a baby, a son.

Lowey, who became the first woman to chair the powerful appropriations panel earlier this year after Democrats took the House in the 2018 midterms, announced her retirement last week.

Clinton stressed that she hoped that young people and women who did want to run for office felt empowered to do so and seek out the necessary resources.

"Someone has asked me some version of this question for literally as long as I can remember," she said, describing her memory of being asked as a young child if she wanted to someday run for governor of Arkansas -- a role previously held by her father, former President Bill Clinton.

"I think it's a question that shouldn't just be asked of people whose last name is Clinton or Huntsman," she said, motioning to View co-host Abby Huntsman, the daughter of former US Ambassador to Russia Jon Huntsman.

"It's a question we should be asking kids -- like, 'do you think about running for office one day?' -- young people, women," Clinton continued. "And I hope that if the answer to that question is, 'yes, I'm considering it,' that you'll really think about doing it and go to run for something, and other resources that exist to help you do that."

Clinton has previously offered a similar answer when asked about her potential plans for public office. She told Vanity Fair in 2017 that "one thing you may not know about me is I am not running for public office."

Praising her local and national representatives, Clinton said that "if someone steps down or something changes, I'll answer those questions at that time. But right now, no, I'm not running for public office ... Period."

Clinton also appeared on "Good Morning America" earlier this month with her mother, 2016 Democratic presidential nominee Hillary Clinton. The younger Clinton said at the time that her "most important identity" is being a mom to her three kids, saying, "So I'm just going to try to be gutsy every day."