Chef Gives Up a Star, Reflecting Hardship of ‘the Other France’ 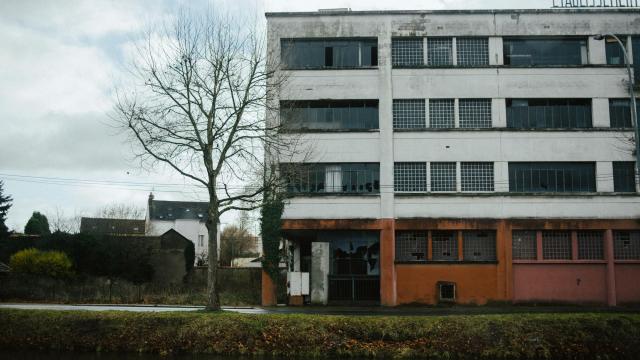 MONTCEAU-LES-MINES, France — It is like giving up your Nobel, rejecting your Oscar, pushing back on your Pulitzer: Jérôme Brochot, a renowned and refined chef, decided to turn in his Michelin star.

He is renouncing the uniquely French distinction that separates his restaurant from thousands of others, the lifetime dream of hundreds. But Brochot’s decision was not a rash one, born of arrogance, ingratitude or spite. Rather, it was for a prosaic, but still important, reason: He could no longer afford it.

It is a drastic step that says everything about the crushing reality of “the other France” — the provinces where on average more than 10 percent of storefronts are vacant, the old jobs have gone, and the cafes are empty on cold mornings.

Even in a region famed for its culinary traditions, this declining old mining town deep in lower Burgundy could not sustain a one-star Michelin restaurant. Brochot, a youthful-looking 46, had gambled on high-end cuisine in a working-class town and lost.

In November, the chef wrote to the Guide Michelin, the fat red gastronome’s bible in Paris that bestows the honor, to say he wanted out. He could no longer make ends meet at his bright orange hotel-restaurant Le France, he said. He could no longer pay for the personnel, produce and precision that go into charging one-star prices.

“The economic situation here in the ex-mining basin is a disaster,” Brochot wrote to Michelin. “What I’m doing today, I’m not doing lightly, but because I have no other choice.”

Turning in one’s stars isn’t unprecedented, but it is rare. A handful of three-star chefs have done so over the years, crushed by the expense and pressures of maintaining their temples of gastronomy.

The most recent was Sebastien Bras in the central town of Laguiole last fall. But it is highly unusual for a more modest one-star, and particularly poignant in a place that has little else going for it.

To step out of Brochot’s gleaming kitchen and immaculate, angular dining room is to wonder how he got here in the first place. It seems an extravagance in a faded industrial town whose glory days were 100 years ago, like the reproach perpetually thrown at France itself as a country living beyond its means.

The “for sale” signs on the worn pastel storefronts down Brochot’s street are faded with age. The few people hobbling about in the gloom of a chill December morning are bent over against cold and old age. “There will never be buyers here,” Brochot said outside a shuttered store that was for sale.

A renowned tea salon, its windows clouded over, has been closed for two years. Residents’ faces are long, sad and unwelcoming. A cafe owner muttered a warning against citing its name. Under a leafless tree by the old industrial canal, a mournful 1905 monument pays tribute to the hundreds who died in the local mines over the decades.

Unemployment is 21 percent in Montceau, according to the government’s statistics, more than twice the national average. But the coup de grâce for Brochot was the shuttering of four businesses in quick succession.

“I said, ‘This is going to be complicated for us, with 200 people out on the street,'” the chef recalled.

The population, around 18,000, has been in steady decline for years, and the last coal was pulled out of the earth nearly 20 years ago. Not much has happened since — except for Brochot.

It was 18 years ago that the chef, a local cattle farmer’s grandson who had studied cooking with French greats like Bernard Loiseau, who died in 2003, bet that there was just enough industry in the area to let him exercise his talents close to home.

Six years later, he was awarded his first star by Michelin, “a star in a workingman’s town, what a beautiful symbol,” he wonderingly recalled. Unlike its Burgundy neighbors, Montceau doesn’t have a spectacular medieval cathedral or a Romanesque abbey. It was founded in 1856 around the nearby mines; the architecture is boxy and functional rather than grand.

But Montceau did have Brochot spinning about energetically in his sparkling steel kitchen, preparing a delicious specialty of preserved local Charolais beef, cut in thin strips and interlaced with Comté cheese, or succulent cod cooked on salt cakes on a bed of braised lettuce.

When he made the decision to turn in his star, it was front-page news in the Journal du Saône et Loire. “There aren’t a thousand reasons to visit Montceau when one doesn’t live here,” the paper’s bureau chief, Florence Poli, wrote after Brochot’s announcement.

“A starred restaurant at Montceau, workingman’s turf, now that really meant something,” Poli wrote. “One can only regret it.”

The right-leaning mayor, Marie-Claude Jarrot, was furious. “He’s hurting the whole region,” she told the local paper. Jarrot did not respond to a request for an interview.

But for Brochot, hundreds of thousands of euros in debt from a kitchen renovation, it was a question of self-preservation. With a top menu at $130 his goal of 60 diners a day was becoming more and more elusive.

“It’s been catastrophic for the last three years,” said Brochot, a quicksilver whirl of perpetual motion once he is in his chef’s whites. “We’re reacting here. We are going to do everything to keep this place going,” he said. “I’m looking for ideas to survive.” Already he has had to cut his kitchen staff in half, to three from six.

On the streets of Montceau, there was nobody to reproach Brochot. The reasons for his gesture appeared obvious.

“If they gave me a star I wouldn’t take it, because I wouldn’t be able to sell it,” laughed Olivier Michalak, the last remaining butcher — there were once three — on the main street, Rue Carnot.

“I’ve got lots of little grandmothers and old people as customers,” the butcher added. “For sure, it’s hardly a safe bet to keep a one-star open in this town.”

Brochot’s strategy appears to be working. He has cut his prices and is offering a more down-to-earth cuisine of stews, including the classic blanquette de veau, and serving cod instead of the more expensive sea bass.

It had depressed him deeply, he said, to have to throw away costly bass and turbot, like gold even in France’s street markets, at the end of every sitting because his customers couldn’t afford it. “There was a lot of waste,” he said.

“Since we changed the formula, we’ve gotten a lot more people,” Brochot said. Above all, the effect has been psychological. “In the heads of people, a one-star, it’s the price,” he said. On a recent Friday afternoon, most of the tables had diners, including former Mayor Didier Mathus, a Socialist.

“I thought, a good-quality restaurant in a workers town would be a great thing,” said Mathus, who helped Brochot establish himself in the early days.