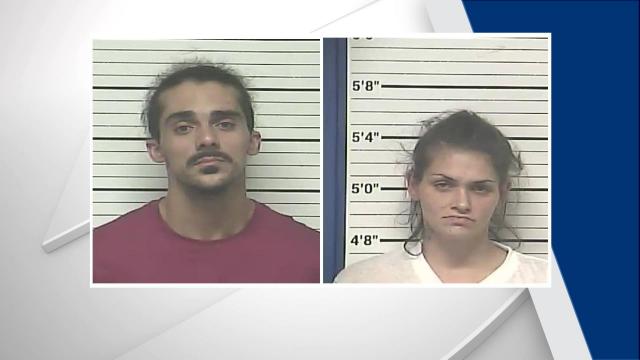 Elizabethtown, N.C. — Two people were arrested after a chase in Bladen County where police said they stole a motorcycle from a local business.

Austin Tyler Chavis, 26, of Lexington, and Brittany Nicole Jones, 32, of Hope Mills, were arrested and taken into custody Wednesday. Bond was set for Chavis at $210,000 while bond for Jones was set for $100,000. The charges for both are: 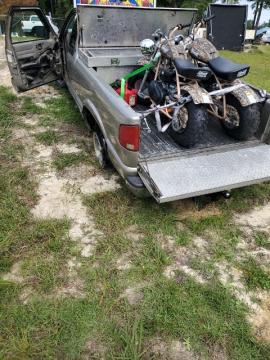 Deputies responded to the Tractor Supply in Elizabethtown after a report of a motorcycle stolen from the store. Shortly after a call went out with a description of the suspects and their vehicle, Det. Sgt. Dustin Melvin saw and pulled over the vehicle. As he approached the truck, it sped off on Peanut Road toward Happy Valley Road.

The high-speed chase, reaching 85 mph and higher, ended with stop sticks deployed near Storms Road to puncture the tires of the suspects' vehicle.

Deputies recovered two stolen motorcycles from the truck, one stolen in Elizabethtown and one in Selma. The vehicle that was driven was also reported stolen out of Erwin. Deputies located drugs and over $1,000 in the vehicle.

It was later determined the suspects had prior warrants for arrest in Wake County and Virginia on other charges.

“We are very pleased that this incident ended without anyone being injured and we are thankful to our law enforcement partners, the Elizabethtown Police Department and the Bladenboro Police Department for assisting us in this matter,” said Sheriff Jim McVicker.