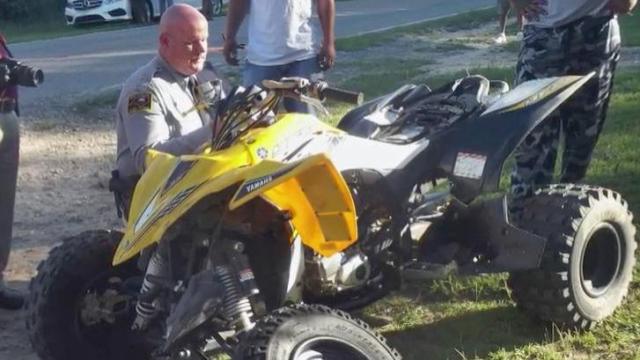 Vass, N.C. — Charges are pending against a Moore County teenager following a Monday evening crash involving a truck and a four-wheeler.

Authorities said the 16-year-old girl was operating a Yamaha four-wheeler, which was not street legal, when she pulled out of her driveway at 320 Furr Road at about 5:20 p.m.

The girl failed to yield and pulled out in front of a Ford pick-up truck that was traveling about 40 mph, authorities said.

The girl’s helmet was knocked off during the collision and she was airlifted to the trauma center at UNC Hospitals.

Authorities said the teen did not have a license to operate the four-wheeler and the vehicle was not registered.

No charges are pending against the driver of the truck.