Chaplain at UNC REX Healthcare in Raleigh retiring after 25 years

Jones, the son of a local doctor, grew up in Stokes County.

"I carried his medicine bag and made rounds with him to little hospitals, so I grew up around medicine," Jones said. 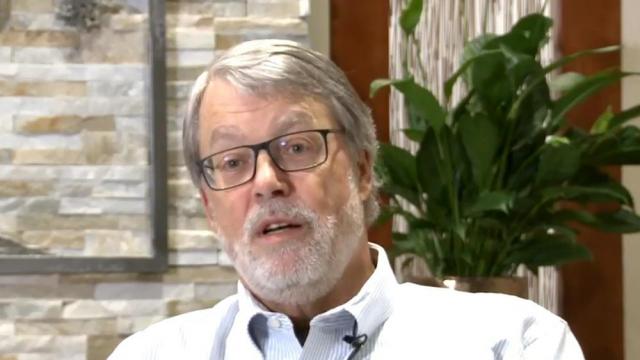 Jones interest in helping others first led him to divinity school, where he pursued a clinical pastoral care program.

The program prepared him to become a chaplain, someone patients and their families often call upon for support in life and death situations.

"It was like the light bulb went off, and I found my niche," he said.

Before Jones accepted a full-time position with Rex Hospital in 1994, the hospital only had a call list of local clergy.

According to Jones, sometimes it's better to be a stranger to patients.

"People and patients may tell us things that they don't want to tell their pastor or clergy," he said. "And then talk about some of their anger at God -- or their doubts. If people aren't able to express that, it doesn't go away. It just goes underground, and they suffer in silence."

Jones and his staff encourage people to reach into their own faith traditions, and quiet rooms at the hospital accommodate people of all beliefs and religions.

Jones also teaches pastoral care to students who volunteer at the hospital. He said he's planting seeds as he prepares for retirement.

"I've been doing this ministry for 32, 33 years, and it just feels like it's time," he said. "It's sort of an internal sense that it's time for me to get out of the way and let some others have this good job and do this good work."

Jones is a published author of a few books of poetry, essays and reflections on faith. He said he plans to write more in his retirement.