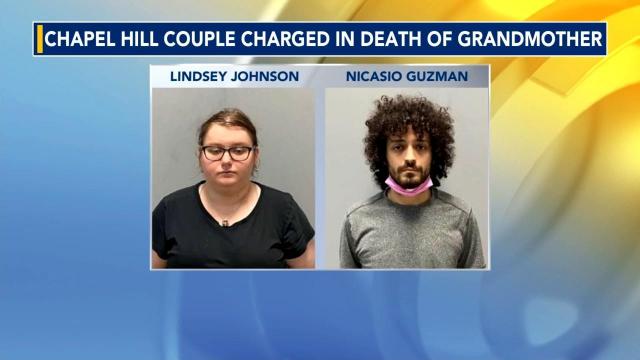 Danville, Va. — A Chapel Hill woman and her boyfriend were accused of killing her 88-year-old grandmother in Virginia over the weekend.

Lindsey Mae Johnson, 24, and Nicasio Antonio Guzman, of Chapel Hill, were charged with first-degree murder in the death of Elizabeth Morris Adkins.

Danville, Va., police responded to a home on Juless Street around 10:45 a.m. on Sunday after a 911 caller found Adkins unresponsive inside. Adkins was pronounced dead after police arrived at the home.

Adkins' body was taken to the state medical examiner's office for an autopsy and cause of death.

Police said they did not believe Adkins' death was a random act nor were other suspects being sought.

Additional charges were possible in the case, according to police.

Johnson and Guzman remained at Danville City Jail under no bond.