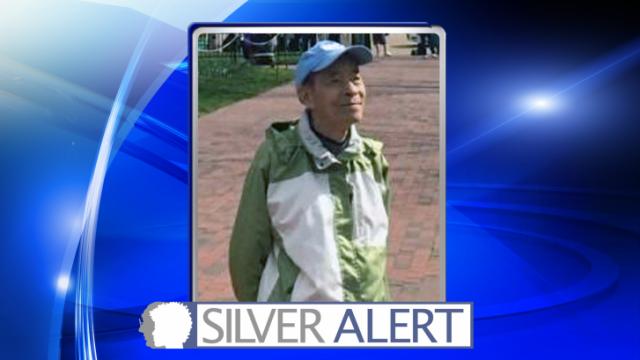 Chapel Hill police are seeking the public's help to locate an 85-year-old man who is believed to be cognitively impaired.

The North Carolina Center for Missing Persons issued a Silver Alert for Ai Jinglong at about 2 a.m. after he went missing from an apartment in the 1000 block of Willow Drive.

Jinglong, an Asian male, is 5 feet 6 inches tall and weighs about 155 pounds. He has black hair and brown eyes, and he was last seen wearing a grey Carolina Hurricanes sweatshirt and grey pants, police said.

Jinglong is unable to communicate verbally. It's unclear where he may have been headed.

Anyone with information about Jinglong's whereabouts should call the Chapel Hill Police Department at 919-612-8240 or 911.