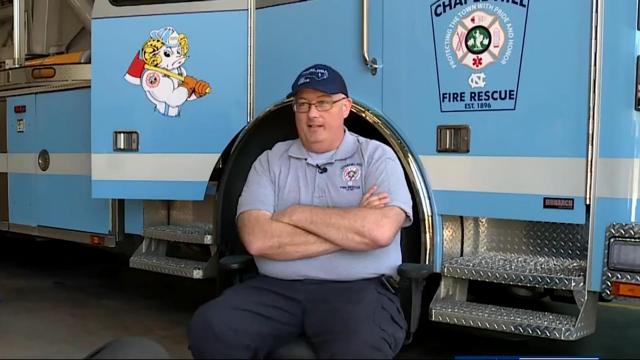 Chapel Hill, N.C. — The Chapel Hill Fire Department announced one of its members has lost his battle with cancer.

Jimmy Lambert, who talked to WRAL in Oct. 2019 after he was diagnosed with pleomorphic lyposarcoma, a rare cancer, died Sunday night.

Lambert's wife, Tracy, died of pancreatic cancer in 2019 months after his own diagnosis.

"It's been pretty tough," Lambert told WRAL News in November. "She was strong-willed and so have I been. We've got our own sense of humor, and that's what's gotten us through."

The Lamberts had two sons.