Chapel Hill, N.C. — The Town of Chapel Hill is moving forward with a $39 million plan to boost its economy by renovating old parking decks to create an innovation hub or businesses and students.

Mayor of Chapel Hill Pam Hemminger calls this project game changing. Development in downtown Chapel Hill has remained stagnant for over a decade, she said.

“It’s just so much more than a parking deck," Hemminger said. "It’s the first step in opening up all of these other opportunities."

The project will also add a new lab and office building, more green spaces and additional pedestrian and bike lanes. 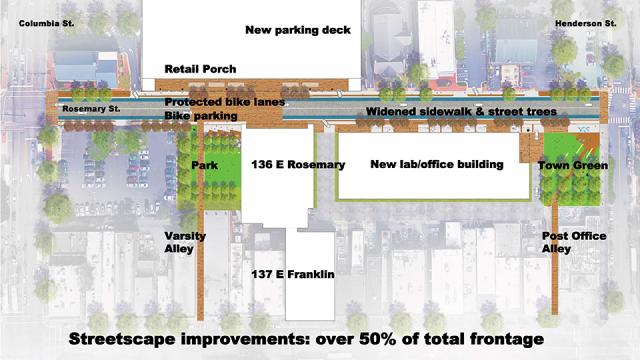 Chapel Hill is consolidating two of the East Rosemary Street parking decks. The Wallace parking deck across the street will transform into a six-story-office space for startups and research companies.

Fees from parking tickets will pay for the new structure, so Hemminger says the "taxpayers won’t be paying for this."

She said the idea started in 2019, initially, to improve parking accessibility. The University of North Carolina at Chapel Hill joined the town's project, hoping to create a space that would connect future entrepreneurs and business leaders.

The new parking decks will provide resources for UNC-Chapel Hill students through internships and co-working spaces, the mayor said.

The project is estimated to add 800 additional jobs and $50 million in investments. Construction for the space is projected to take about a year to complete.