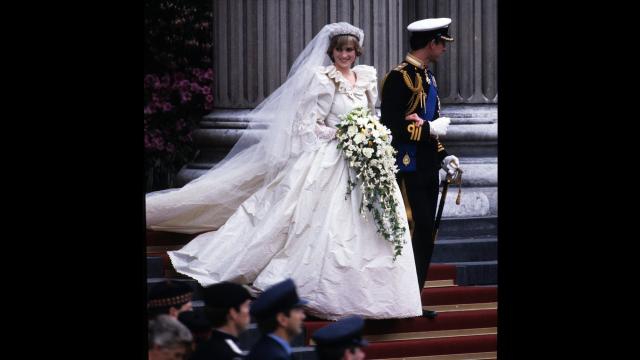 Saturday marks 22 years since the death of Diana, Princess of Wales. Across the world, fans are honoring the "People's Princess" and remembering the legacy she left behind.

Born Diana Frances Spencer in 1961, she became an influential force in the royal family when she married Prince Charles at 20 years old.

She left her mark with many firsts for the royal family, including breaking protocol with bold fashion choices, being the target of fierce media attention, speaking out about mental illness and being visibly involved in the upbringing of her sons, Princes William and Harry.

After being married for 15 years, Diana and Prince Charles divorced. One year later, in 1997, a car carrying Diana and her boyfriend, Egyptian socialite Dodi Fayed, crashed in a tunnel in Paris. They had been chased by members of the paparazzi on motorcycles. But after conspiracy theories and rumors about her death, a 2006 investigation by British police deemed the crash an accident and determined the car's driver, Henri Paul, was driving intoxicated.

Gary Barlow, former lead singer of British group Take That, posted a picture on Instagram of the time his group met Diana at an AIDS benefit concert at Wembley Arena in 1994.

"Princess Diana -- always in our hearts -- we were lucky enough to have the pleasure of spending some time with this amazing woman. She will always be missed," the post read.

American actress Jamie Lee Curtis reminisced about having just missed Diana's short visit to her movie set, a few months before her death, because the actress was in the bathroom. But she said she wrote Diana and received a handwritten reply from Kensington Palace saying she hoped they would get to meet in the future.

"I thought about her and her life and the choices she made and how brave she was," Curtis wrote on Instagram. "It gave me comfort that although her life was short, it was complete. She was a great role model for me. An example to live by. I honor her today."

Celebrities weren't the only ones honoring Diana on Saturday. The British Red Cross honored her with a video commemorating her extensive work with the organization for 14 years.

"22 years after her death, we pay tribute to #PrincessDiana's humanitarian work with the Red Cross both in the UK and abroad," the British Red Cross wrote on Twitter.

Her humanitarian work with dozens of charities humanized the royal family and caught the world's attention. She famously shook the hand of a man with AIDS -- without gloves -- to help break the stigma surrounding the illness. She worked on numerous anti-land mine campaigns in Angola and Bosnia and traveled to other countries to visit patients suffering from leprosy and cancer.

Acorns Childrens Hospice, a charity that provides care to children in the UK, wrote, "Today we remember the very wonderful Princess Diana who did so much for so many." Diana opened the first Acorn's Hospice in 1988.

Diana's humanitarian work has rubbed off on her successors, including her son Harry, who has followed in his mother's footsteps in the fight against HIV/AIDS and with work in Angola.