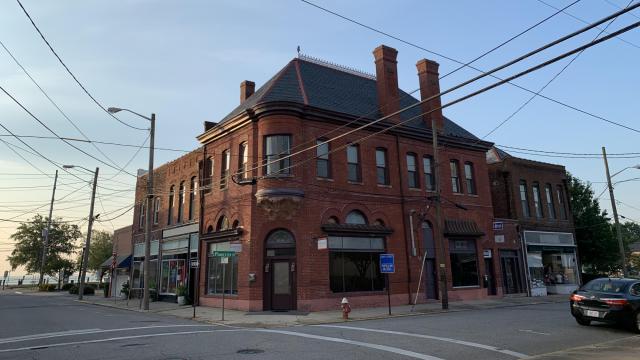 On the banks of the Pasquotank River, the quaint town of Elizabeth City boasts a rich history of African American influence. With a population (as of the 2010 census) that is 54 percent African American, the Black population of years past helped shape everything from local culture and business to education and more.

In fact, not far from the Pasquotank River lies the Great Dismal Swamp, which was "once a thriving refuge for runaways" as reported by Smithsonian Magazine.

"When I moved to Elizabeth City in 1978, I was just surrounded by the history of the Underground Railroad," said Wanda McLean, a historian and retired educator, in an interview with Visit Elizabeth City, the city's official tourism center. "I became very curious about the Great Dismal Swamp and began reading and researching as much as I could. I was intrigued that the swamp was actually a refuge for a lot of runaway slaves, and hundreds of them lived there for years."

"Runaway slaves would go through the Great Dismal Swamp canal on boats to head north," added Don Pendergraft, a local historian and director of Regional Museums for Museum of the Albemarle. The region and its people were even the central theme for American abolitionist Harriet Beecher Stowe's 1856 novel "Dred: A Tale of the Great Dismal Swamp."

The Great Dismal Swamp canal, however, would not have been possible without Moses Grandy, a former slave and notable local, who helped build it. His skills managing ferries along the swampy rivers of the Pasquotank and Camden counties and his hard work ethic would help him eventually buy his freedom at age 40 after being cheated out of it twice before.

Through her research, McLean said she was surprised to learn about the waterways and how slaves, like Grandy, manned a lot of the vessels that were used for commerce in North Carolina. In fact, slaves built and maintained the boats, loaded and unloaded cargo, and navigated the waterways—often with little supervision by white owners.

Much can be learned about Grandy's life through his autobiography titled, "The Narrative of the Life of Moses Grandy."

"My name is Moses Grandy. I was born in Camden County, North Carolina. I believe I am fifty-six years old. Slaves seldom know exactly how old they are; neither they nor their masters set down the time of a birth; the slaves, because they are not allowed to write or read, and the masters, because they only care to know what slaves belong to them," states the first paragraph of Grandy's narrative.

Melissa N. Stuckey, an assistant professor of history at Elizabeth City State University, noted Grandy still has living descendants and emphasized his contribution to the region.

Elizabeth City State University, a public, Historically Black College, was first established by the North Carolina General Assembly in 1891 as the State Colored Normal School at Elizabeth City. It was founded in response to a bill calling for the creation of a two-year Normal School for the "teaching and training of teachers of the colored race to teach in the common schools of North Carolina."

On ECSU's campus is a historic Rosenwald School. These educational institutions were built in mostly rural areas across the southern United States primarily for the education of African American children in the South during the segregation of the early twentieth century.

ESCU was recently awarded over $550,000 from the National Parks Service and the Institute for Museum and Library Services to rehabilitate the Rosenwald School on campus, which was built in 1921, into an African American Research and Cultural Heritage Center. The goal is to create a research institute that is dedicated to the studying, learning, and sharing of the extensive African American history of the region, particularly its educational history.

"We find the African American history of Elizabeth City to be a fantastic canvas to make history real for our students because the history here is really rich," said Stuckey in regard to the history program at ECSU.

However, Elizabeth City wasn't just home to aforementioned slaves and educators, but artists and musicians too. In fact, it has an important tie to the Harlem Renaissance.

"Max Roach was born here. His parents left here in the 1920s for New York and he is hailed as the premier bebop drummer of the jazz movement of the '50s and '60s," said Pendergraft. "He and his partner Abbey Lincoln later released an album called, 'We Demand Freedom.'"

Maxwell Lemuel Roach, while a pioneer of bebop, worked in many other styles of music, and is recognized as one of the most important drummers in history. Born in Pasquotank County, his parents moved the family to Brooklyn and by 10, he was already playing the drums.

While the presence of people like Roach and Grandy, the Underground Railroad and a historically Black educational legacy are pivotal in Elizabeth City's history, these chapters hardly tell the whole story. There are so many other historic gems when it comes to the presence of influential Black figures in the area.

Added Pendergraft, "There has always been a very prominent and strong Black culture here that has demanded equal opportunities and representation, as not only African Americans, but as Americans period."