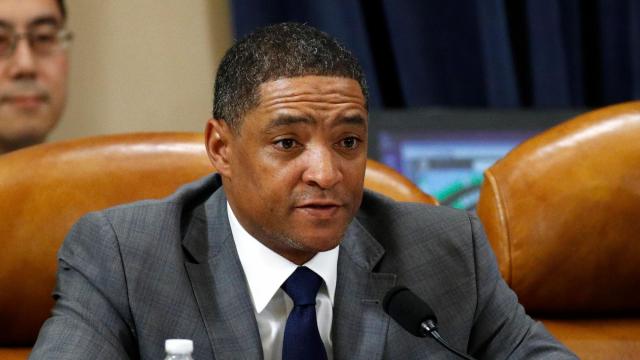 Richmond will serve as senior adviser to the President and director of the White House Office of Public Engagement. The 47-year-old former chairman of the Congressional Black Caucus was a co-chair of Biden's presidential campaign and a close ally during the 2020 race. He is now set to become the highest-ranking Black aide to the President-elect.

Richmond spoke about his new role Tuesday at the same time the transition team announced other top White House roles. The congressman said he would resign from his seat before January 20, the day of Biden's inauguration.

"And so this new role will allow me to offer advice to the President when he wants it, maybe sometimes when he doesn't want it," he said.

A confidant, early supporter and loyal surrogate during the campaign, Richmond provides a direct line to House Democratic leadership, which has come under fire from its own caucus after an election that saw its majority thinned and set off recriminations between moderate members and outspoken progressives. Democrats have been anxious about the prospect of House members leaving to join the administration and potentially losing those seats to Republicans, but Richmond's district is deep blue and news of his departure has already set off a scramble among state Democrats eager to fill it.

CNN previously reported Richmond was thought to be under consideration for several roles in the West Wing.

South Carolina Rep. James Clyburn, the influential congressman whose endorsement helped Biden win the South Carolina primary and revive his campaign, said last month he would like to see Biden pick Richmond for a Cabinet position.

"If not in the Cabinet, certainly in the administration somewhere. I think Cedric has one of the best political minds that I've ever encountered. ...There are a lot of young people like that that need to be involved," Clyburn told Washington Post Live.

Richmond is currently the chairman of the Congressional Black Caucus Foundation, and serves on the House Ways and Means Committee. He is a member of the New Democrat Coalition and serves as the House Democratic assistant to the majority whip.

Biden is expected to announce who will serve in top roles in his administration in the coming days and weeks. His first personnel decision was to tap Ron Klain to be his incoming chief of staff last week.

This story has been updated with the official announcement on Tuesday.