The committee’s recommendation follows an emergency authorization granted by the Food and Drug Administration on Friday. The committee’s endorsement now awaits final approval by Dr. Robert Redfield, director of the CDC, expected shortly. 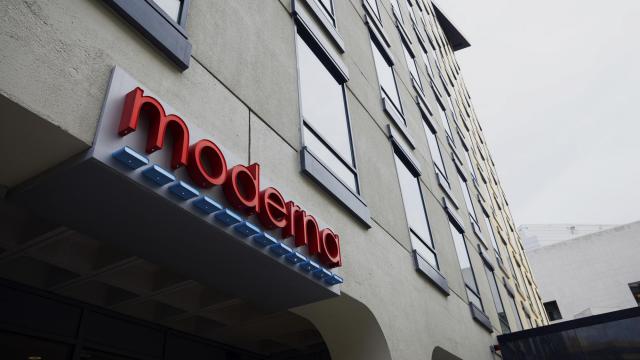 Some 5.9 million doses of the Moderna vaccine are slated for distribution starting on Sunday, and the first inoculations are expected to begin sometime on Monday.

Unlike the Pfizer-BioNTech vaccine, which was authorized for use in people 16 and older, Moderna’s vaccine is approved only for people 18 and older. While Pfizer began clinical trials of its vaccine in children as young as 12 in October, Moderna did not begin its pediatric studies until this month and does not expect to have complete data on safety and efficacy until sometime next year.

Much of the committee’s deliberations centered on the severe allergic reactions reported in several cases following injections of the Pfizer-BioNTech vaccine, which contains ingredients similar to those in Moderna’s recipe.

Six cases of anaphylaxis have now been documented in the United States, and two in Britain. Several milder allergic reactions have occurred, as well. More than 272,000 doses of the Pfizer-BioNTech vaccine have already been doled out nationwide as of Saturday, according to the CDC.

Allergic reactions to vaccines typically occur at a rate of about one in 1 million. Dr. Grace Lee, a pediatrician and vaccine expert at Stanford University, noted at the committee meeting that the estimates so far seemed to indicate that the risk of these events associated with the Pfizer-BioNTech vaccine “does seem qualitatively higher than for most typical vaccines.”

Still, she added, “for me, personally, it doesn’t necessarily change the risk-benefit balance of the COVID-19 vaccine at this time.”

Dr. Thomas Clark, an epidemiologist at the CDC, noted that people who experience anaphylaxis after getting a shot shouldn’t receive a second dose. It’s still unclear whether an ingredient in Pfizer’s vaccine was the direct cause of the reactions.

Some experts have pointed to polyethylene glycol, or PEG, a chemical found in many pharmaceutical products, including laxatives like Miralax, that has very rarely been found to cause allergic reactions. Both the Pfizer-BioNTech and Moderna vaccines contain PEG, though in slightly different formulations.

Dr. Sarah Mbaeyi, a medical officer at the CDC, said the agency was recommending that people who know they have severe allergies to any ingredient in the vaccines abstain from getting the shots for now.

People with a history of anaphylaxis to other vaccines or injectable therapies should consult their doctors and linger on site for monitoring for 30 minutes after their inoculation in case they start feeling sick. (Everyone else — including people who react strongly to other substances like food, pollen or pet dander, and people with mild allergies of any sort — may leave after 15 minutes.)

There’s no evidence yet that directly links the paralysis to either vaccine, and Dr. Jacqueline Miller, a senior vice president at Moderna, said her company was continuing to monitor vaccine recipients for the side effect.

More than half of people who received the Moderna vaccine in clinical trials reported uncomfortable symptoms, including fatigue, headaches and soreness, after their second shot, given about four weeks after the first. Some volunteers also developed a fever or a rash around the injection site.

Incidents like these appear to be much more common with Moderna’s vaccine than Pfizer’s, which containers a smaller dose of the active ingredients. But most of the side effects disappeared within a day or so of the inoculation.

Temporary symptoms in the wake of vaccination are relatively common. Often, they are the outward signs of an immune system hard at work, preparing the body to fend off disease in the future.

Neither Moderna nor Pfizer has yet collected data in people who are pregnant or breastfeeding. But none of the 13 volunteers who became pregnant while participating in Moderna’s clinical trials, six of whom received the vaccine, reported harmful effects.

More than 500 Americans who have gotten a dose of Pfizer’s vaccine were pregnant at the time of their injection.

Many scientists believe the coronavirus poses a far greater risk to pregnant or breastfeeding people than the vaccine does. Stephanie Langel, an immunologist and virologist at Duke University, was prioritized to receive the vaccine because she is conducting research on the coronavirus. She got her shot on Friday.

“For me, it’s just a no-brainer,” she said, because of her frequent exposure to the virus. “It’s about your evaluation of risk.” During the meeting, scientists and clinicians underscored the importance of bringing vaccinations to communities that have been disproportionately affected by the pandemic, including people in correctional facilities.

Experts have repeatedly noted the importance of partnering with representatives from communities of color to reaffirm vaccine safety and efficacy for people who might be hesitant or skeptical of the shots. (Exceedingly few people who identified as American Indian, Alaska Native, Native Hawaiian or Pacific Islander participated in Moderna’s trials.)

Dionne Brown, the director of nursing at Summit Rehabilitation and Care Community in Aurora, Colorado, told The New York Times that she had been a “a little bit apprehensive about the side effects.” But after lengthy discussions with her colleagues about how safe and effective the vaccines have been shown to be, “I feel comfortable with taking it,” she said.

Brown, a mother of six, hopes to set an example for her family and community, as well as the other staff members and elderly residents in her long-term care facility.

“That’s what my aim and goal is,” she said. “That they will see me get it and hopefully feel comfortable.”

In a second session on Sunday, CDC officials and scientists will deliver more guidance about allocating the newly cleared vaccines, and vote on the prioritization of people to receive vaccinations.