Raleigh, N.C. — Cannabidiol, or CBD, is the compound from part of a hemp leaf, and it makes some major claims to help with anxiety, stress or muscle aches and pains.

CBD businesses are popping up all over the Triangle and the number of hemp farmers here in North Carolina has more than tripled in the past year. 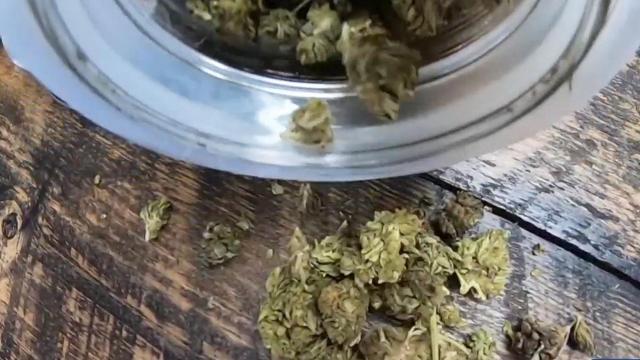 Stephanie Terry started her own business, Medicine Mama's Farmacy, after being diagnosed with Fibromyalgia at 30.

"Fibromyalga is really what started everything for me. They had me on like five different prescriptions medications and it really wasn't something I enjoyed taking on a daily basis," she said.

Terry tried CBD. Her CBD creations in the kitchen soon became a hit among friends.

"I'd make like five at a time. And now I make a hundred a week sometimes and it's hard to keep it all in stock," she said. 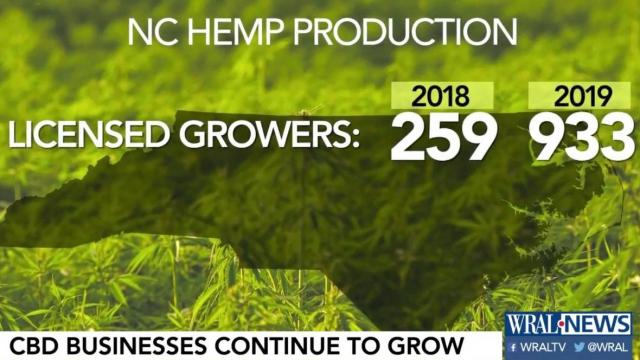 Her husband, Jimmy Terry, says they use CBD for a lot of things.

"Dogs use it for, biggest thing is separation anxiety," he said.

"I think that's the whole reason we're seeing growth in the CBD industry. Because if people didn't believe in it, the industry wouldn't grow," said Jimmy Terry.

Assistant Commissioner for Consumer Protection Joe Reardon said the department recently sent out 400 letters to remind new businesses of North Carolina's current law. The same one that applies for all food products in North Carolina.

"You cannot put CBD in a food product. Secondly, you cannot make medical claims with those products as well. So, we wanted to make sure they were fully aware of those concerns that we have and exactly where the law is," Reardon said.

Terry said she hopes the law will evolve to support their CBD infused baked goods. Right now, they're not worried about their business being closed.

The state of North Carolina's plan to be among the first state to start regulating the industry. Lawmakers are working on writing goals to be implemented by the end of the year.