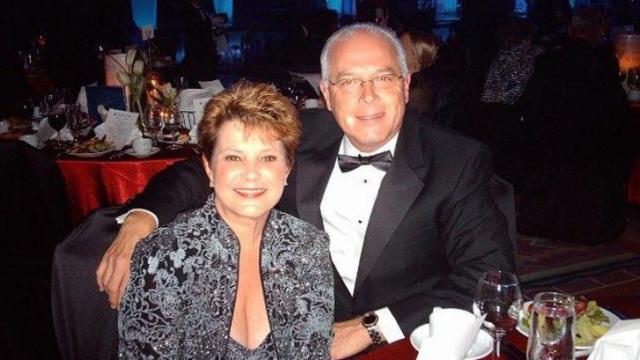 The man who created WRAL-FM's legendary Radiothon has died. Robert J. (Bob) Lind, 62, passed away in his sleep on Monday, Dec. 28, leaving behind a legacy of service and dedication to the community.

Lind worked at Capitol Broadcasting Company for a little more than a decade in the radio divisions.  He joined CBC in 1986 as Vice President & General Manager of WWMX in Baltimore, which was owned by CBC at the time. In 1990, he became VP of the Radio Group, overseeing properties in Orlando, Richmond, and Raleigh while still managing the Baltimore operation. In 1992, Bob moved to Raleigh to head up WRAL-FM, continuing his radio group duties and other corporate responsibilities including CBC’s baseball operations.

Bob started the Radiothons at both WWMX-FM in Baltimore and WRAL-FM in Raleigh. At the time he left CBC, both had raised more than $3 million for Johns Hopkins Children’s Center and Duke Children’s Hospital.

“We talk about [WRAL-FM] all the time around the country,” he said in 2008. “People look at the number for Raleigh/Durham and ask, ‘Is this correct?’”  WRAL-FM continues to raise more than stations in much larger markets, being a part of the prestigious Million Dollar Club for raising more than $1M in a single year.

“I’m really proud of what they’ve done,” he said of MIX 101.5 in that same interview. “We raised $125,000 for the first few we did and we were thrilled, and it was great. Here we sit all these years later and the radio station’s relative size is about the same as it was then and yet look at what’s happening to these dollars.”

Lind inspired others with his commitment to his work, others and the community. Capitol Sports Vice President George Habel remembers Lind fondly.

“I first worked with Bob in Baltimore when our stations championed the return of NFL football there,” said Habel. “Bob was so enthusiastic and animated, always pushing, never satisfied with the status quo. That certainly served him well in the broadcasting business, and for even greater good as a fund raising consultant. I always thought that career transition was remarkable…and inspired! After he left CBC, he persuaded me – as only Bob Lind could – to produce a radiothon for the ALS Association.”

A true family man, Lind also carried deeply about his loved ones.

“Having known him for over twenty years, I should point out he was equally passionate about his family,” said Habel.

Lind was generous with everyone he knew and showered his family with love and attention. Bob and Karen traveled often, taking many trips to Europe including a pilgrimage to Medjugorje. He was proud of his kids and encouraged them to strive for happiness and success in every endeavor. Known as ‘Papa’ to his two adoring granddaughters, he delivered doughnuts to them every weekend and was known for leaving sweet treats and love notes for them throughout the week.  He will be remembered for the tremendous impact he had on his family, friends, and community.

Funeral details are being handled by Brown Wynne Funeral Home in Raleigh. Visitation will be held from 5:30 to 7:30 p.m. on Sunday, Jan. 3 at Brown-Wynne at 1701 E. Millbrook Rd. in Raleigh. The funeral will be held on Monday afternoon, Jan. 4, at St. Raphael Catholic Church at 5801 Falls of the Neuse Rd. in Raleigh.