Caught: Woman who posed with damaged car after hit-and-run arrested in Wilmington 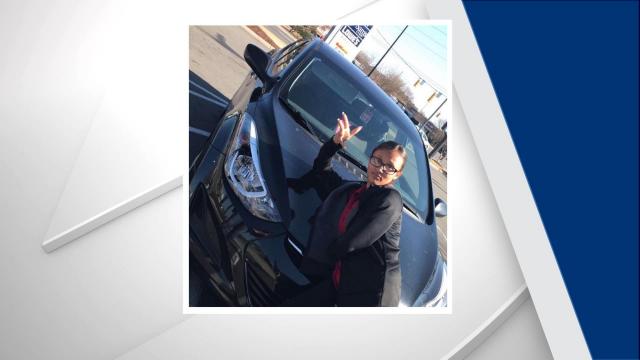 Wilmington, N.C. — Wilmington police on Tuesday announced the arrest of a woman wanted in a hit-and-run caught on video.

Courtnay Danielle Lawrence, 22, is charged with assault with a deadly weapon, felony hit and run and driving without a license.

Police used Facebook and tips from the public to identify Lawrence as the driver in a video gone viral. It shows a man and woman walking down on Rutledge Drive when a sedan plows into them.

The day after the hit-and-run, police pulled a photo of Lawrence posing with her damaged 2016 Hyundai Elantra from social media.

A man in a dark, hooded sweatshirt manages to escape, while the car hits and flips a woman in a pink shirt.

The woman told police she and a male acquaintance were walking back from the store when she heard a horn and was hit. The woman suffered multiple injuries to her head, shoulder, hips and knees, according to police.

Police said Lawrence intentionally attempted to hit the man in the video, who is the father of her four children.