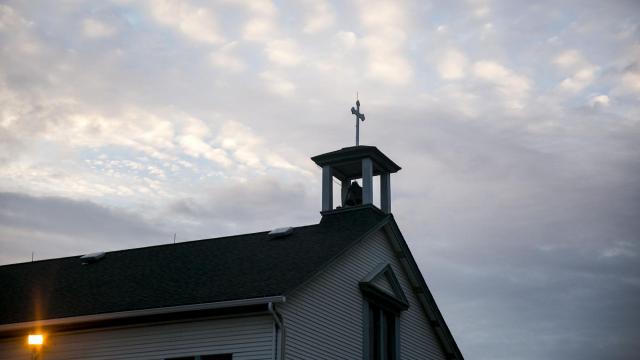 As Catholic bishops try to reassure the flock that the church is finally confronting the scourge of sexual abuse by priests, it has fallen to Cardinal Daniel N. DiNardo, the president of the American bishops conference, to lead the effort.

"I have no illusions about the degree to which trust in the bishops has been damaged by these past sins and failures,” DiNardo said in one of the many statements he has issued on sexual abuse in recent weeks. “It will take work to rebuild that trust.”

Yet DiNardo himself has recently been criticized for allowing a priest accused of abuse to serve in a parish in his archdiocese of Galveston-Houston, disregarding the warnings by a young woman who said she told the cardinal in person seven years ago that this priest had molested her when she was 16.

The priest, who also served as the vicar for Hispanics for the archdiocese, was not removed from ministry until August, when a second victim stepped forward and the priest was arrested and charged with four counts of indecency with a child.

DiNardo’s troubled record illustrates why the sexual abuse problem has proved so intractable for the church. The bishops charged with rebuilding trust are still facing accusations that they neglected victims and protected abusive priests.

The church’s failure to police its own ranks, despite round after round in the abuse scandal, has led some Catholics to call for a total housecleaning. More than 6,100 Catholic theologians, educators and lay leaders have signed a petition calling for all the American bishops to offer the pope their resignations, as the bishops of Chile recently did.

“This wasn’t just a few bad apples, just a couple of unfortunate cases,” said Susan Reynolds, the author of the petition and an assistant professor of Catholic studies at Emory University’s Candler School of Theology. “This was systemic evil in the church.”

When the American bishops gather in Baltimore in November to discuss how to respond to the crisis, DiNardo will preside over the meeting. Also up on the dais will be the bishops’ vice president, Archbishop Jose Gomez of Los Angeles, who faced accusations in August that he paid a settlement to an adult woman who accused her priest of molesting her as she was decorating her church for Easter. The bishop then moved the priest, the Rev. Nicholas Assi, to a parish in the city’s Koreatown.

Church officials said in an interview that an investigator and review board at the archdiocese determined it was credible that Assi had inappropriately touched the woman, Catherine Bergin. But because Assi’s hand did not touch her breasts, buttocks or genitals, they said it did not qualify as sexual assault or battery. The district attorney decided not to prosecute, and Gomez returned Assi to ministry until he retired this year.

On Thursday, Roman Catholic dioceses across Pennsylvania said they had received federal grand jury subpoenas from the U.S. attorney’s office for the Eastern District of Pennsylvania requesting documents. The scope of the investigation remains unclear, but it comes as the bishops are under scrutiny as never before by civil authorities.

In August, the Pennsylvania attorney general’s office released an explosive grand jury report charging that bishops and other church leaders had covered up the abuse of more than 1,000 people over a period of more than 70 years. Attorneys general in at least 10 other states have opened their own inquiries — some more aggressive than others

Last week, Cardinal Donald Wuerl resigned as archbishop of Washington after the Pennsylvania report showed that as bishop of Pittsburgh he delayed in removing priests who victimized children.

But Wuerl’s record of handling accused priests was no different from that of many other bishops of his era, according to experts on sexual abuse in the church.

Before the sexual abuse scandal flared up in Boston in 2002, forcing the bishops to institute reforms, bishops routinely sent abusive clerics to church-run treatment centers and then returned them to ministry.

As new cases are unearthed, Catholic parishioners are focusing their anger and anguish on the bishops — even more than on the perpetrator priests. And they are demanding that the church step in and hold negligent bishops to account.

“We have been betrayed. We’re angry and frustrated and we want action,” Mary Pat Fox, a parishioner in Wuerl’s archdiocese, said at a national conference recently for Voice of the Faithful, a group formed by Catholic laypeople in 2002 to advocate for victims and for church reform.

“Waiting to see if they are caught in these civil investigations is not the answer,” said Fox, who is president of Voice of the Faithful. “The church must take action to correct the situation now, and remove the bishops that have moved priests around.” Bishops are now trying to get ahead of the new wave of scandal. In recent weeks, many have announced they are releasing the names of priests in their dioceses who have been credibly accused of abuse. This is a step that abuse victims and advocates have requested for years. Some bishops have done so, beginning with the Tucson Diocese in Arizona in 2002, but they have been only a minority. Now, bishops — including all those in Texas — are rushing to release or update their lists.

But that step does not always quench the scandal — and can even inflame it. In Buffalo, New York, after Bishop Richard J. Malone released a list of 42 accused priests, an investigation by local television reporters found that he had withheld many names in his secret archives and that the actual number was more like 106.

Some bishops are suggesting that the church needs new structures to keep their colleagues accountable. Cardinal Blase Cupich of Chicago recently told the National Catholic Reporter that an independent panel of laypeople should investigate bishops accused of misconduct.

Early in his papacy, Pope Francis approved the creation of a Vatican tribunal to judge bishops accused of negligence, covering up for others or violating children themselves, which would have amounted to a radical step toward reform. But the tribunal was shelved a year later when Vatican bureaucrats objected, and the pope issued a letter saying the church already had the necessary mechanisms to discipline bishops.

“That amounts to bishops trying bishops, or investigating bishops. We have no clarity and no transparency,” said Marie Collins, an Irish abuse survivor. She served on the commission on child protection — appointed by Francis at the start of his papacy — that proposed the tribunal for bishops.

Collins, who resigned from the commission in 2017, was among a group of abuse survivors and advocates who met with Francis during his visit to Ireland in August. She asked him why he had rejected the tribunal idea after approving it, and the pope told her there are many cultures in the global Catholic church, she said.

“His feeling was, in different cultures there should be different rules for different bishops,” she said.

She said she responded by saying that the church’s canon law is universal, so why make an exception for child sexual abuse: “Safety of children should be the same, whether it’s in Africa, Asia or Latin America,” she added.

The American bishops already have some of the most proactive policies to prevent child sexual abuse anywhere in the Catholic church. The bishops passed the policies in 2002 after the scandal, which first emerged in the United States in the 1980s, erupted again in Boston. The policies include a “zero tolerance” provision saying that any priest credibly accused of child abuse should be removed from ministry.

But, as in the current case with DiNardo in Texas, the bishops do not always follow their own charter.

The woman in that case, who chose not to make her name public, told the police, according to the arrest warrant, that the Rev. Manuel La Rosa-Lopez began kissing her and touching her breasts in 2000, during her weekly confession, when she was 16. The family reported the priest to the archdiocese in 2001, but then moved out of the country.

The archdiocese said in a recent statement that “the girl’s family decided not to pursue the matter,” and the church referred the case to Child Protective Services and the archdiocese’s own internal review board. The priest was returned to ministry in a parish in 2004.

The girl moved back to Texas in 2010 and learned that DiNardo, who became archbishop in 2006, had appointed La Rosa-Lopez to be the vicar for Hispanics for the archdiocese. She told police she met with the cardinal, other church officials and the priest. The archdiocese paid for her counseling, and she said DiNardo reassured her the priest would not work in a parish.

La Rosa-Lopez “denies any improper touching that would be considered a criminal act,” said his lawyer, Wendell Odom, but “there may have been a boundary violation,” for which the priest apologized to the woman.

In August, a second alleged victim — a man — met with DiNardo, who finally pulled the priest from ministry. The man, and the archdiocese, informed the police, who issued the arrest warrant for La Rosa-Lopez, who turned himself in voluntarily in September. Law enforcement authorities raided the treatment center where the archdiocese sent priests suspected of abuse, including La Rosa-Lopez. A third alleged victim, a former altar boy, came forward this month.

The three alleged victims, who may be called to testify, are not giving interviews. But Michael Norris, the Houston coordinator of the Survivors Network of those Abused by Priests, said the alleged victims had told him the cardinal had treated them dismissively.