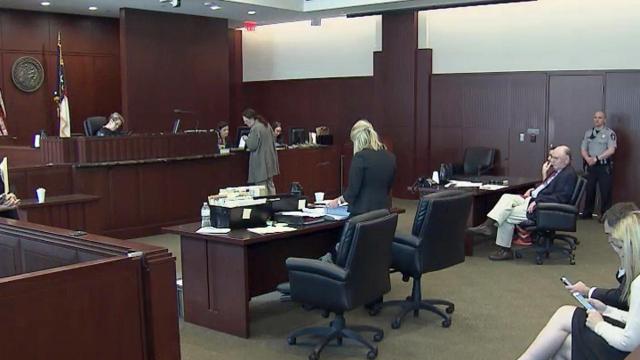 EDITOR’S NOTE: Catharine Biggs Arrowood served as one of five co-chairs of N.C. Chief Justice Mark Martin’s North Carolina Commission on the Administration of Law and Justice. She is past president of the North Carolina Bar Association and led the commission’s Legal and Professionalism Committee. The views expressed below are her own.

Few people realize that, despite rapid technology and market changes, the North Carolina judicial system operates essentially as it has since the 1960’s.

Since then, we have seen a rapid increase in our state’s population and major changes in the technological environment in which courts are expected to operate. These changes, along with periodic piecemeal efforts to offer solutions, threaten the system of unified and consistent courts in all counties envisioned by the Bell Commission.

There is no disagreement that change in our courts to better address the needs of our citizens is important. The judicial branch is the third branch of government balancing the executive and legislative branches. It is the place that is intended to create order and harmony in our society. Without properly functioning courts, our democracy will fail.

There is also little disagreement that public confidence in the judicial branch is at risk. This is not just anecdotal, it is real. A survey undertaken by the North Carolina Commission on the Administration of Law and Justice found that nearly 53 percent of the state’s citizens believe that outcomes are fair only some of the time or not at all. Only 42 percent believe that the courts are sensitive to the needs of the average citizen. This is consistent with national level surveys.  An earlier poll by the Brennan Center for Justice found that nearly nine in ten American voters believe that campaign cash affects courtroom decisions.

In September 2015, North Carolina Supreme Court Chief Justice Mark Martin created the commission, the third commission to study our judicial system. The commission delivered its report and recommendations last week, on time and under budget. Partisan politics did not factor in its work.

The work of the 65-member commission focused on the needs of North Carolina citizens and how to improve the court system to provide efficient, just and fair outcomes. The commission gathered data and engaged in robust debate before making its recommendations.

The Commission sought feedback from a broad range of citizens and businesses as well as traditional judicial stakeholders such as the N.C. Conference of Clerks of Superior Court and the Conference of District Attorneys. The commission convened a series of town hall meetings across the state where hundreds of citizens provided their views and concerns. Citizens also provided hundreds of comments through the Commission’s website.

The Preamble to the U.S. Constitution identifies “the establishment of justice” as a key principle of our democracy. For good reason. Without justice, there is no perfect Union, domestic tranquility, common defense, general welfare or blessings of liberty.

The process of making changes to the judicial branch must be approached thoughtfully, rationally and carefully and with an eye on the entire system. We should avoid piecemeal legislation or decrees that address perceived single issues. Such approaches are likely to have unintended consequences and further erode confidence in our courts.

As Chief Justice John Marshall said in the early days of America: The greatest scourge an angry Heaven can inflict upon an ungrateful and sinning people is an ignorant, corrupt and dependent judiciary.

The commission’s final report provides a blueprint intended to ensure that North Carolina citizens have the best chance of fair and just results from a unified and independent judicial branch. Let’s put it into action.