The Regent Jewelers store was robbed shortly after the mall opened at 10 a.m. Security camera video shows two people wearing hooded sweatshirts using a hammer to smash display cases and then grabbing jewelry and running out of the store.

Police said no guns were used in the robbery, and no injuries were reported.

Owner Khleel Mohammed said at least $200,000 in Rolex watches and gold chains were stolen, as the thieves targeted high-end cases.

"It's so fast. It looks like they know where to go, where to hit and where to get it," Mohammed said. "They don't touch any other showcases, which have lower-value items. They hit it where they're going to get a lot of money." 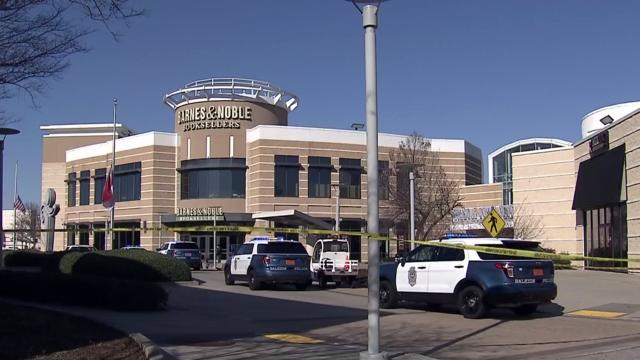 According to a crime-mapping website, there are dozens of crimes reported within just the past four weeks in and around the mall, including robberies and car break-ins.

Some people who live in the area said they were surprised to hear about the smash and grab.

“This area around here is very safe,” one resident said. “We never have any crimes like that happen around here.”

Store staffers spent much of Monday cleaning up broken glass and other damage, with hopes of reopening Tuesday.

The portion of the mall near the jewelry store, which is between Barnes & Noble and Saks Fifth Avenue, was closed while police investigated, but the rest of the mall remained open.

Anyone with information about the robbery or those involved is asked to call Raleigh police.