Chapel Hill, N.C. — A jury on Thursday found a man guilty of first-degree murder in the 2015 shooting death of a 1-year-old in Chapel Hill.

Ramone Jamarr Alston was convicted in the death of Maleah Williams, who was shot on Christmas Day in 2015 while she was playing outside the family's apartment in the 700 block of Trinity Court. The toddler died three days later after she was taken off life support at UNC Hospitals. 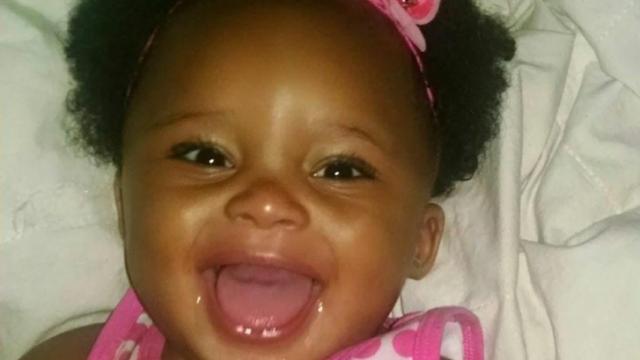 Friends at funeral grapple with death of 1-year-old

Law enforcement authorities said the girl was killed when shots were fired from a vehicle leaving the apartment complex. One of the bullets struck the girl, who was apparently an innocent bystander.

There was apparently a dispute between the suspects with another man, who was believed to be the intended target of the shooting.

No trial date has been set yet for Moore.

During the trial, Alston's lawyer argued that although his client was there during the shooting, prosecutors had failed to prove he was responsible for the tragedy that happened.

But prosecutors argued that Alston showed “indifference” for human life and thereby killed Maleah, who was described as the picture of “innocence.”

On Thursday, when the verdict was read, Alston's family started crying. On the other side of the courtroom, so did Maleah's family. Her mother was so emotional, she had to leave court.

Maleah's mother was walked down the courtroom by a few other women, as it was difficult for her to even walk.

Assistant District Attorney Jeff Nieman said he is relieved by the outcome of the trial.

"Relief is a fair word. It's hard to act happy or anything, nothing will ever make this happy, but we believe he committed a terrible crime and we are satisfied that he is being held accountable for that," he said.

Alston was sentenced to life in prison.