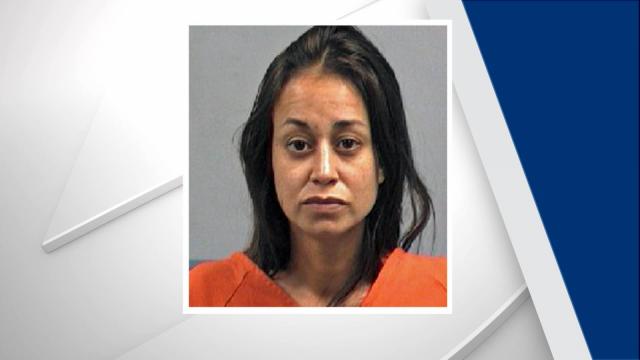 Goldsboro police said that members of the Wayne County Sheriff’s Office DWI Task Force initiated a traffic stop on a vehicle driven by Christina Jean Manchester, 32, of Cary, at about 3:30 a.m. Saturday.

Police said Manchester was driving a stolen Honda Accord and provided deputies with false information about her name and age.

Manchester was arrested and handcuffed Saturday morning and placed in the back seat of the patrol car. While deputies gathered evidence from the stolen Honda, Manchester escaped from the patrol car by climbing into the front seat and exiting through the driver’s side door, authorities said.

Manchester was located just before 5 p.m. Tuesday by Goldsboro police and was arrested without incident. Authorities said she was still wearing handcuffs when she was found and was taken to Wayne Memorial Hospital for treatment of injuries sustained during her escape.

In Wake County, Manchester was also charged with larceny and a probation violation.

Manchester was being held at the Wayne County Jail under $35,500 bond.