Cary woman arrested for vandalizing messianic synagogue, has 'disdain' for people of other religions

Cary, N.C. — A Cary woman has been arrested on charges of property damage and ethnic intimidation following two separate incidents of vandalism on Thursday, one at the Congregation Sha’arie Shalom.

Authorities said they received a phone call from a Cary resident whose car had been vandalized.

When police officers arrived, they found orange spray paint on Mohammed Khan’s Porsche and a busted headlight on his Mercedes.

Police said two windows were broken and there was similar orange spray paint on the sidewalks.

Video from a doorbell camera showed a woman throwing bricks through the window of the temple.

The investigation into both vandalism calls revealed the cases were linked, and Khan identified the woman from the video as his neighbor, Lisa Marie Burns, 57. 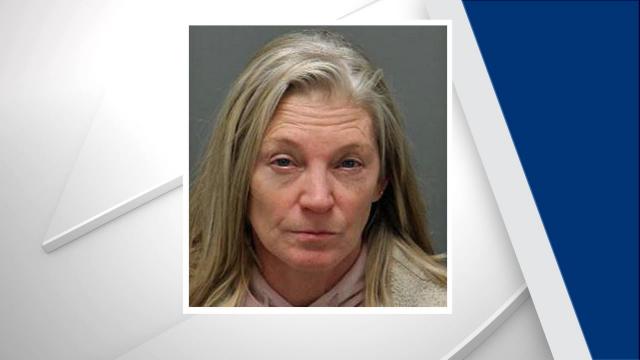 During a police interview, Burns admitted to both acts of vandalism and indicated her "disdain for people of other religions and ethnic backgrounds," according to a news release.

Khan’s wife, Payal Gir, said there were other events that happened at their home last week, in addition to the vandalism of the cars.

Gir said someone unplugged her Christmas lights, and the next day, there were broken eggs in the family's driveway.

"I'm just hurt and upset that it’s somebody from within. And we’ve lived here long enough. We were among the first few people who came and took a house here," she said.

"My safety and my kids’ safety is important to me. We are citizens, and we are going to live here. And we have our rights."

Gir said she plans to get a restraining order again Burns.

Burns was released after posting a $2,000 secured bond.

Last month, William Josephus Warden, 20, was charged with ethnic intimidation after authorities said he rang the doorbell at Sha’arei Shalom and made threats to the person who answered.