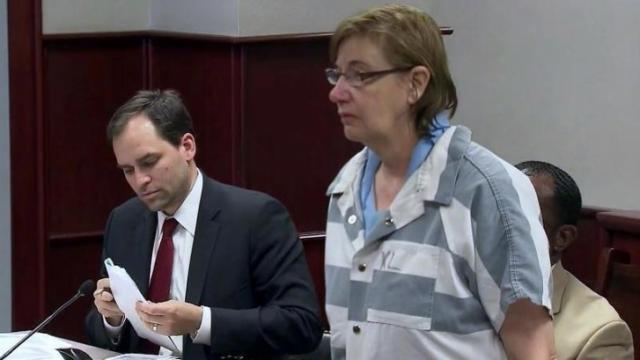 Cary, N.C. — A Cary woman charged in the strangulation death of her husband last week confessed to the crime when detectives questioned her, according to a warrant obtained Monday.

Dottie Delaney Amtey, 61, told Cary police detectives when they arrived at her Carbon Hill Court home Thursday that she had strangled Sharad Ramchandraro Amtey, 77, following a disagreement while they were in their upstairs bedroom.

According to the warrant, another person who was in the home at the time told investigators that Sharad Amtey was heard saying, “Dottie, Dottie. I can’t breathe.”

Dottie Amtey told detectives she was an avid runner and that her husband had numerous health problems.

“These statements by Dottie during her interview …provided insight into Dottie’s ability to be able to strangle Sharad as she described with Sharad unable to defend himself,” the warrant states.

Dottie Amtey was charged with murder and held on a $1 million bond.