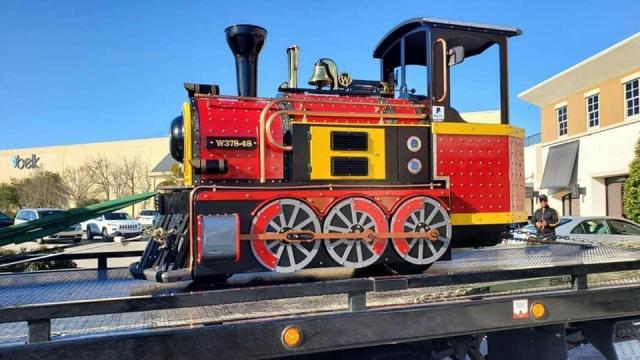 A photo of the beloved train atop of tow truck gained attention on social media, as Caryites young and old shared nostalgic memories.

Some recalled childhood memories riding on the train – and the carousel, which is also no longer around. Others shared their appreciation for Mr. James, the conductor. 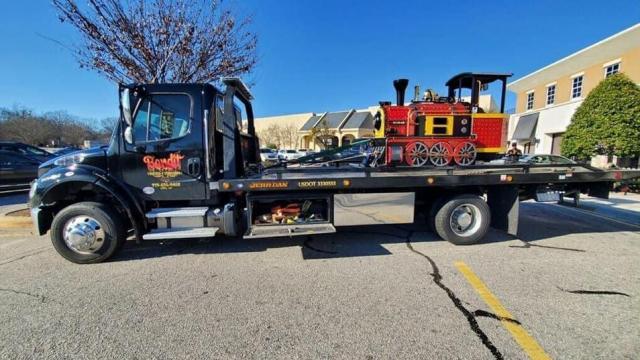 Many wanted to know where the train would go next.

Bill and Justin Farley, the father and son team who runs Bandit Towing and Transport, were as surprised as anyone to be asked to tow a train.

"We get some interesting calls every now and then, but this one had us scratching our heads! The customer asked us to move his train," said Bill. "We weren't sure how we would do it, but we decided to at least go look and see if we could figure something out." 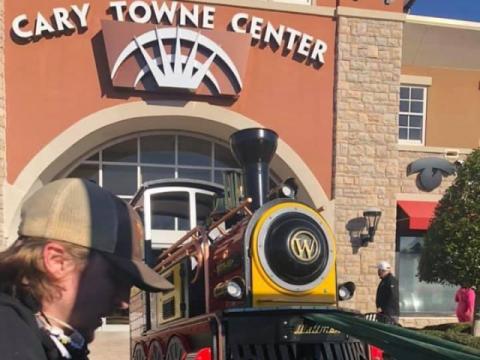 "I remember growing up riding on that train," said Justin, who never imagined he would grow up to one day tow the train for its final ride through the mall.

The Farley family is no stranger to classic Cary nostalgia. 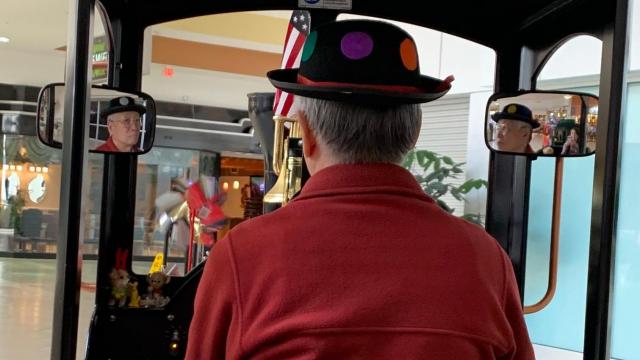 "I've lived in Cary since the 70s," said Bill. "I remember the good old days of Cousin's Pizza and Time Out!"

Epic Games, who are slated to take over the mall, would be quite a technological upgrade from the classic arcade Time Out, with its retro rainbow colors arched over the doorway. 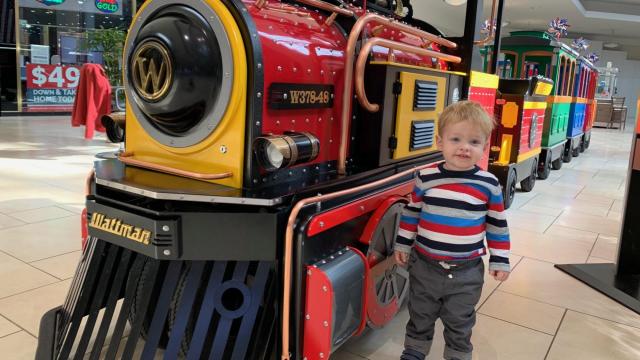 "I remember the employee who had the change belt in the arcade," he recalled. "You'd give him a dollar, and he would pump quarters out of their belt. That man had so much power!"

The family has also created their own share of Cary childhood memories – managing Jellybeans for the past 25 years, just down the road from the mall.

They said they felt honored to move the iconic train – and hope it'll find a new home somewhere close by, where it can continue creating memories. 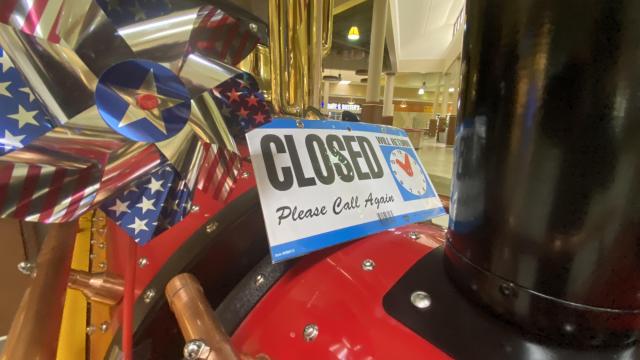 The fate of the iconic Cary Towne Center train

The train's original owner sold the train to another man who worked in the mall, according to Justin.

"I believe he owned some of the other entertainment stations near the food court, like the bungee jumper," he said.

"We understand that he is looking for a new location to run the train – hopefully nearby, since he lives in the area himself," said Bill.

So the train could pop up again soon. 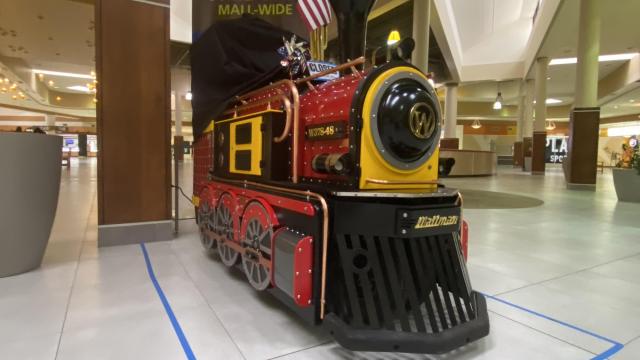 "The owner will likely have us move it to his new location once one is secured," the Farley family wrote on Bandit Towing and Transport's Facebook page.

When they tow the train again to a new location, they promised to update with photos and information.

"This has obviously touched many hearts as we all have great memories of seeing and riding this train," they wrote. "Hopefully it will find a new home soon."

More memories from the early days of Cary Towne Center

Do you remember the giant Oak that once stood in front of the food court? Or Time Out! and Cousin's Pizza? Do you remember the BMX course that locals created on the construction hill? Have you seen the old foundations around the parking lot, that once belonged to Ragazzi's and Taco Bell? Read about the history and memories from Cary Towne Center!