Cary, N.C. — Cary police are searching for two men who robbed a store on Christmas Eve.

Police said the men were armed and took an undisclosed amount of money from behind the store’s counter. 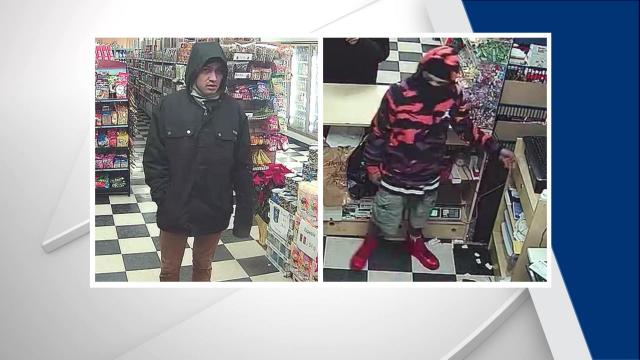 The men are described as Hispanic and between 20 and 25 years old. One had facial hair above his lip and was wearing a black hooded jacket, tan pants and gray sneakers.

The other robber was wearing a purple, orange and red zebra-striped hoodie, gray cargo shorts and red high-top sneakers.