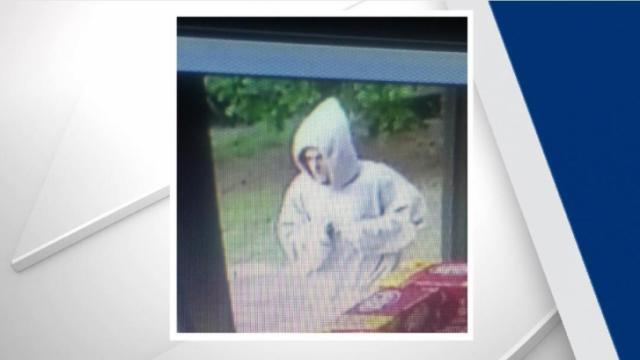 Cary, N.C. — Officials were searching Sunday for a suspect following an armed robbery at a gas station in Cary.

Around 9:30 a.m., officers with the Cary Police Department responded to a report of an armed robbery at the Park n' Shop gas station at 421 East Chatham Street.

No one was injured in the robbery, officials say, but the suspect fled with an undisclosed amount of money.

A cashier at the gas station described the suspect as a white male in his late 20s or early 30s and estimated him to stand 5 feet 8 inches tall and weigh about 160 to 180 pounds.

He was wearing dark pants and a black ski mask and carried a small handgun.

Anyone with information is asked to call the Cary Police Department at 919-469-4012.