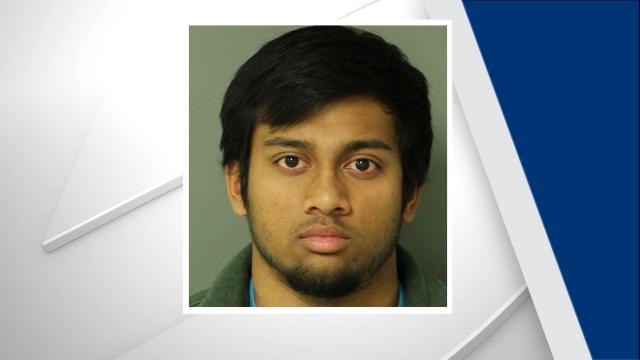 Cary, N.C. — Cary police have charged a teenager with murdering his mother in December 2015.

Arnav Uppalapati, 17, was arrested late Thursday and charged with murdering his mother, Nalili Tellaprolu. Uppalapati was taken to the Wake County Public Safety Center in Raleigh for processing.

Uppalapati found Tellaprolu, 51, dead in the garage of the family's home, at 2107 Roland Glen Road, on Dec. 17, 2015. She had a bag over her head and had been strangled, according to an autopsy report.

Police said there were no signs of forced entry to the home, and the home security system had been turned off, according to a previously released search warrant.

Uppalapati told police that he last saw his mother at dinner on Dec. 16, 2015. He went up to his room to work on homework, went to bed, got up and went to school the next day without seeing her, according to the search warrant. Tellaprolu's husband was on a business trip and couldn't reach her by phone, so he told his son to check on her when he got home from school, the search warrant stated.

"Our thoughts are with Ms. Tellaprolu’s family and friends as they continue to come to terms with their loss while facing the very tragic outcome of our thorough investigation," Cary Police Chief Tony Godwin said in a statement. "We appreciate the community’s continued support as we did our due diligence in making this arrest."