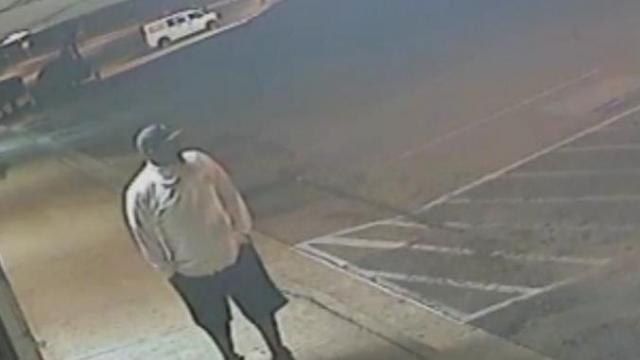 Cary, N.C. — Cary police released surveillance camera footage Friday that they hope it will lead them to the arrest of two men suspected of breaking into a gas station on East Chatham Street Oct. 1.

“We’re fortunate the thief entered the businesses after hours, but with no eyewitnesses we’re turning to our citizens to help us put a name to the face,” said Capt. Randall Rhyne.

The video footage shows a man approach the front door of the gas station. Police say he later threw a rock through the glass door and entered the store. Only cartons of cigarettes were taken, according to police. The circumstances are similar to a break-in at 5016 Commons Hill Drive on Sept. 28.

Police said the men left the scene in a dark colored, older model Ford Explorer. The video shows suspects who appear to be black males between the ages of 25 and 35 years old.

Anyone with information regarding the two break-ins is asked to contact the Cary Police at 919-469-4012 or file a report anonymously with Cary Crime Stoppers at 919-460-4636.