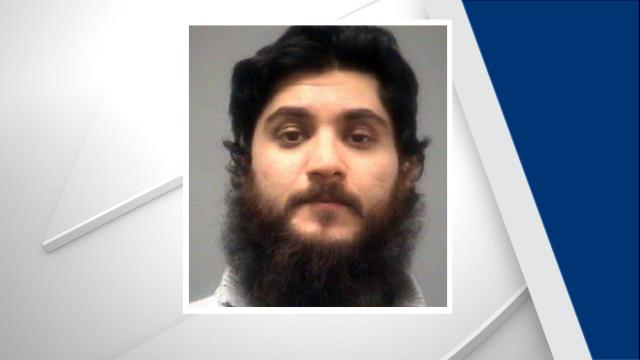 Raleigh, N.C. — A Cary man was sentenced Thursday to seven years in federal prison for trying to provide support to the Iraqi arm of al-Qaida by fighting in Syria's civil war.

Basit Javed Sheikh, 29, of 300 Swansboro Drive, was arrested at Raleigh-Durham International Airport in November 2013, before he could board a plane to Canada, with a final destination of Lebanon, according to federal court documents.

Sheikh, a Pakistan native, pleaded guilty in August. The case took so long because of Sheikh's mental health, which again was the focus of Thursday's court hearing.

He has been in jail since his arrest five years ago, so he has only two more years behind bars. He also agreed to remaining on supervised probation for the rest of his life, which will include mental health support.

According to an indictment, Sheikh was arranging to provide personnel to al-Nusrah Front, an Iraqi group affiliated with al-Qaida that has claimed responsibility for hundreds of attacks in Syria.

An affidavit of an FBI agent states that Sheikh repeatedly posted on his Facebook page links to news stories and videos backing a jihad in Syria. He also discussed with a government informant going to Syria to fight in that country's civil war and that he was ready to be a "martyr," according to the affidavit.

Believing the government informant could help smuggle him from Lebanon to Syria, authorities say, he purchased a one-way ticket to Lebanon.

Sheikh's defense attorneys argued Thursday that he should go free, saying his schizophrenia played into his extreme views. But prosecutors said the religious extremism and fear that the FBI was after him led to his mental breakdown.

Senior U.S. District Judge Terrence Boyle said he understood both arguments, but said putting him on lifetime supervised release with mandatory mental health counseling was best for both sides.

The case isn't the first of its kind in North Carolina.

In 2009, federal agents broke up a terror cell based in Johnston County that authorities said was plotting terrorist attacks on the Marine base in Quantico, Va., and overseas targets.

Seven men are in prison after being convicted of various crimes, and an eighth is believed to have been killed in a U.S. drone strike in Pakistan.