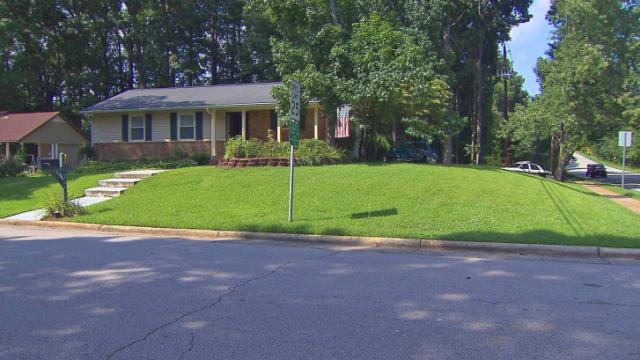 Cary, N.C. — Two Cary girls were home Tuesday afternoon when two men kicked in their back door in an attempted burglary, police said.

The girls, ages 14 and 11, told police that a man came to the front door on Castalia Drive at about 2:45 p.m., then returned 15 minutes later and kicked down the back door of their home.

On the 911 call, the girl says she can hear voices in the home. The dispatcher tells her police are on the way.

"Are you safe?" the dispatcher asks. "OK. Just stay on the line with me. Don't say anything unless it's absolutely necessary."

"All right, the police are there, but do not come out until I instruct you to do so or unless you feel safe to do so, OK?" the dispatcher says.

Police said when the men saw the girls inside, they fled. Investigators are looking for a white Ford Flex with a black roof.

Police said neither of the girls was injured, and they did not know if anything was taken from the home.

Police described one of the men as black, in his mid-20s or early 30s, about 5 feet 5 inches to 5 feet 7 inches tall and weighing about 130 pounds. He has short, curly hair and a full beard and mustache.

The other is also black, about the same age, about 5 feet 11 inches tall and 180 pounds.
He had patchy facial hair and short dreadlocks.