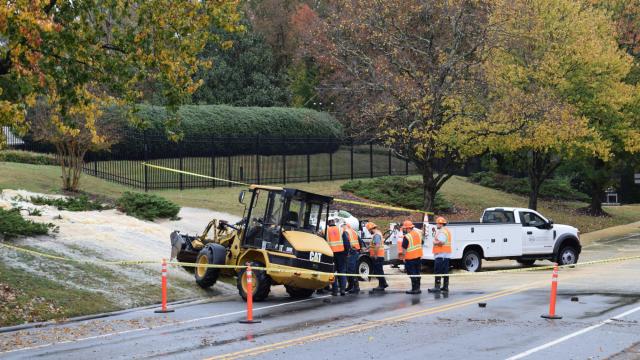 Authorities said Monday night that they had repaired the lead and water storage levels were near-normal. Residents are still advised to boil water until further notice. Officials said they are testing the water and should have results determining if it is safe to drink by Tuesday afternoon.

Officials at UNC-Chapel Hill also announced that class cancellations would extend through 5 p.m. on Tuesday.

Video showed water gushing from the Orange Water and Sewer Authority, or OWASA, treatment plant onto Jones Ferry Road. The water had been flowing out of the severed line since 6:30 a.m. Monday.

Police blocked off the road in front of the plant, at 400 Jones Ferry Road, while crews worked to patch the line.

"We're making more drinking water to try and make up what's being lost through the break," Ed Kerwin, executive director of the water utility, said, adding that drinking water from Durham and Hillsborough would also be brought in."

All schools in the Chapel Hill-Carrboro City Schools district were dismissed by 1 p.m., and after school activities were canceled.

"Due to a water main break, we have buildings with reduced or no water pressure," district spokesman Jeff Nash said.

At UNC Hospitals, trauma patients were directed to other area hospitals, no transfer patients were being accepted, elective surgeries were suspended, and visitors were discouraged from stopping by.

Bottled water was brought in for staff and patients, and portable hand-washing stations were being set up throughout the hospitals. Staffers also were advised to use alcohol-based hand sanitizer to conserve as much water as possible for patients. 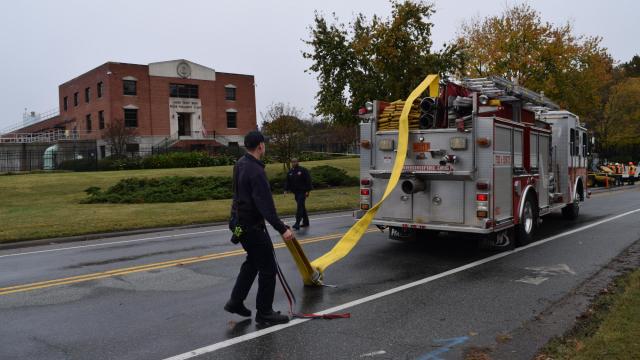 "It's been a pain trying to keep everything in order back there without having running water," he said. "No fountain drinks, just bottled water. Customers can't even get complimentary water, they have to get bottled water."

Crews were at the water treatment plant since 6:30 a.m. trying to contain the leak. According to Ed Kerwin, the executive director of OWASA, the central water main in front of the facility burst, and the plant was losing water at a rapid rate.

Kerwin urged Chapel Hill and Carrboro residents to use water on an essential basis until the problem is corrected.

Hillsborough opened a connection to OWASA and began piping water through its system to OWASA customers.

"While the town has enough water that mandatory conservation is not expected, customers are encouraged to voluntarily conserve water," Hillsborough officials said in a statement. 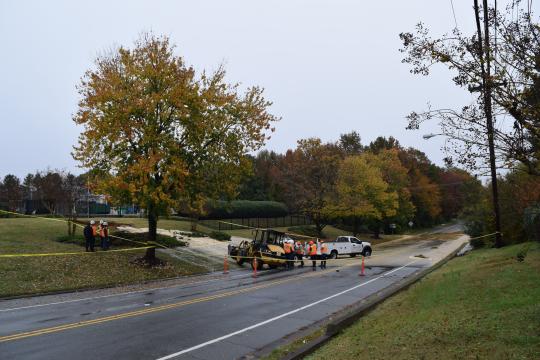