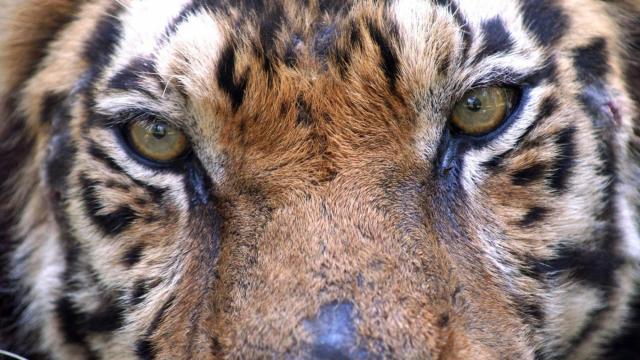 Pittsboro, N.C. — When Katie Cannon, education director of Carolina Tiger Rescue in Pittsboro, saw the Netflix show "Tiger King," she was disappointed but not surprised.

"There was nothing on there that I wasn't aware of. We keep ourselves in the know as far as who the big guys are within the cub petting industry," Cannon said of the six-part documentary that explores big cat breeding zoos and the bizarre world of one of the zoo owners, Joe Exotic.

Cannon knows that cubs are taken away from their mothers immediately after being born, but to see it happen on screen was horrifying, she said.

"To actually see them use a pole to take...that baby as soon as it was born away from its mother while she's giving birth to another cub was just horrifying," Cannon said. "And I feel like they glossed over it versus actually having a conversation about it and saying, when you spend your money to go take pictures with these cubs, this is what's happening."

In the Netflix show, zoo owners like Joe Exotic allow guests (for a price) to interact with animals, including tiger cubs. Animals are bred, sold and shown in cages.

Cannon said while she knew that cub petting zoos make money off of their animals, it "blew her mind" to hear one of the zoo owners say they could make up to $100,000 off of one baby cub.

The zoos are the exact opposite of what nonprofit Carolina Tiger Rescue's mission. she said. 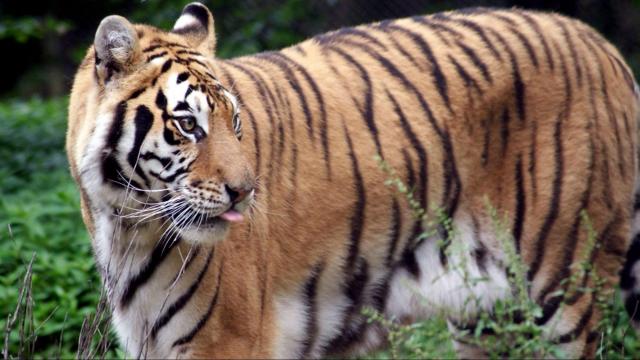 Carolina Tiger Rescue is the only federally accredited wild cat sanctuary in the state and the only one in North Carolina that is accredited by the Global Federation of Animal Sanctuaries.

"We don't buy, sell, or trade any of our animals or their parts. No money has ever exchanged for these animals," Cannon said. "We do not do any breeding, so there's never babies born here. We do not allow public contact with our animals, and we take that a step further in that the staff members and volunteers don't have contact with them either."

The nonprofit gets no state or federal funding, relying on only donations.

There are 50 animals at Carolina Tiger Rescue, including 16 tigers, two lions and a leopard.

"Our two biggest things are saving these animals from where they were in the past, but also educating the public," she said.

And these tigers have stories. Two were rescued at about 6 month old, off of the side of the road in Charlotte. Another was bred to be part of a magic show in Las Vegas.

"He was declawed and had his canine teeth filed down," she said. "It's to make money. They're being exploited. And I don't think people understand that to the degree that these guys are altered or abused or neglected, so that people can make money off of them."

That tiger and another rescued from the same magic act had to undergo root canals because the filing left holes in their teeth exposing nerves.

In the end, Cannon was most disappointed "Tiger King" didn't focus more on the tigers themselves and the fact that an estimated 3,800 tigers are left in the wild, while up to 10,000 are in the United States.

"I was disappointed in it. I think it had great potential on a massive platform to tell about what is actually going on with these tigers in the United States with cub petting and private ownership. And they, in my opinion, didn't take that opportunity. They decided, let's sensationalize this and focus on these...characters who are out there," Cannon said.

Carolina Tiger Rescue is currently closed due to the coronavirus, but essential staff are still on-site to help make sure the animals are feed and taken care of.

After a tiger at the Bronx Zoo tested positive for COVID-19, Cannon said, staff members at their sanctuary have started wearing masks when around the animals. Staff members are also keeping a close eye on the animals to check for any signs of the illness.

"What we have heard out of out of New York was that the animals and then the one that was tested was exhibiting similar symptoms as the humans with a dry cough, a loss of appetite type of thing," Cannon said.

For those wanting to still see the animals, Carolina Tiger Rescue is hosting daily Facebook live events featuring their animals.