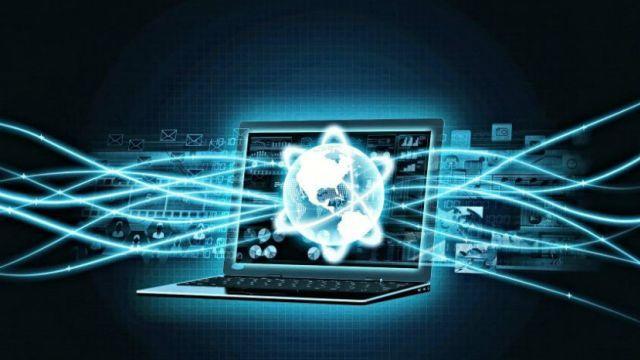 Broadband access is a critical resource for all Americans to participate in today’s technology-driven society. Access to educational information is vital. It is imperative for educators, students and parents to have reliable broadband or a creative approach to ensure students in rural areas have a level playing field with high speed broadband and access to the world.

The United States has made progress in expanding high speed internet access to rural areas by adopting reforms by the Federal Communications Commission (FCC). North Carolina has addressed some of the more significant issues relative to broadband.

A positive for North Carolina is the fact that 93 percent of the state has broadband coverage. A challenge is to increase the percentage of households that have access to speeds greater than the low-end speed of 25 megabits per second (mbps) and 3 mbps upload. In some areas, there is a need for cable and telephone connections. North Carolina does rank 15th in the nation for connectivity, with over 16 Internet providers, according to the FCC. However, the FCC reports that more than 48,000 residents in 16 counties of western North Carolina do not have access to high- speed internet service.

At issue is who will build the infrastructure to accommodate rural communities lacking access. Local governments that cannot legally build their own systems are challenged with convincing private sector companies to invest in rural areas.

In 2008, Wilson built its own high speed broadband network. But a federal appeals court reinstated a 2011 North Carolina l;aw that blocks local governments from building their own broadband service in competition with telecommunications providers.

Another factor to consider in expanding broadband to rural areas and cities is the resistance cities face from opponents who are fighting access. The situation that took place in Louisville, Kentucky is an example of a stifling strategy. The city proposed $5.4 million to expand Louisville’s ultra-fast internet access. Dave Williams, president of the Taxpayers Alliance opposed this proposal. The Taxpayers Alliance is part of the Koch brothers’ political donor network. Williams said, “fundamentally, we don’t believe that taxpayers should be funding broadband or internet systems.”

The digital impact on education is certainly a major issue in North Carolina. The North Carolina General Assembly passed Session Law 2013-12/House Bill 44. The bill is intended to transition public schools funding from textbooks to digital materials including textbooks and instructional resources for all learners by 2017.

As we enter into the New Year, the question: Where does the implementation on House Bill 44 stand relative to switching from traditional textbooks to digital materials and instructional resources in schools located in rural North Carolina?

“Teachers need support to make that transition and the digital resources and the quality digital content to meet the expectations for higher education. We have come a long way, we have the infrastructure and network for schools, now we have to get students ready to personalize this learning opportunity and close the digital achievement gap. A major accomplishment in North Carolina is that all public and private schools and universities are connected to the same network.”

MCNC, a nonprofit organization, was part of the research network that was used to build a ring to connect all of the public schools.

This bodes well for the state going forward. But Best added, “In June of 2018, every classroom will have unlimited access to Wi-Fi. Despite this, it does not solve the problem for kids who go home and do not have access to the internet.”

Kevin Smith, Schools-Community Relations Coordinator for Transylvania County Schools in far western North Carolina, highlighted what is being done in his school system to address the problem for children lacking internet access. Educators and community leaders have made a conscious effort to ensure students without home internet service are not disadvantaged in their educational learning. The initiative in Transylvania County Schools makes a good attempt to close the digital gap for students. Even without internet access at home, they can open their documents offline using school-provided Chromebook computers.

Students can create, view and edit files, with changes synced back to their online profile at school. This is an innovative concept to address the rural gap for internet access. This concept provides a degree of equity and fairness to children by putting devices in their hands. Smith says the effort requires constant oversight and coordination, and he gives great credit to the Golden Leaf Foundation for their investment in this initiative.

Another partnership has been implemented by Sprint and their public service act of providing 10,000 North Carolina high school students with wireless devices. Buncombe County Schools is partnering with Sprint to ensure all of their high school students have internet connectivity by utilizing a “Homework Hotspot” from their school. The Homework Hotspot enables school-issued devices to connect to the Sprint Network.

The network connection for public and private schools and universities demonstrate what can be done with public-private partnership.

The stop gap innovations noted above are to be commended for the short time frame, but the public and private sector must continue to work together to provide real time internet communication capabilities for all areas of North Carolina and the nation.