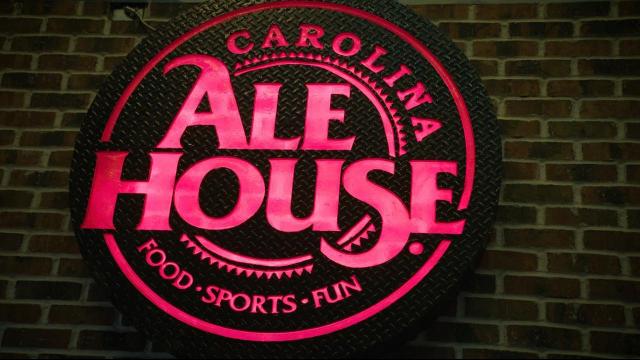 Raleigh, N.C. — The Carolina Ale House has grown to include 29 locations in three states, but did you know the idea for the popular sports bar was born from a London pub?

Amber Moshakos recalled the summer of 1996 when her father and LM Restaurants founder, Lou Moshakos, came up with the idea for the franchise.

"Every summer because all of dad's family lives over in Greece, we would go visit them and on our way back one summer we had a really long layover in London," Moshakos said.

With three or four hours before their flight, Moshakos said her mom, Joy, took the children to eat McDonald's, while Lou went to an ale house.

She remembers her dad spending nights at the dinner table scribbling out restaurant designs on a napkin.

The first Carolina Ale House opened in 1999 and has locations in North Carolina, South Carolina and Tennessee.

LM Restaurants itself was founded in 1978 by Lou and Joy Moshakos in Florida.

"They were immigrants. They got a little small 40 seat restaurant. Mom was in the kitchen, she was our cook. Dad was out front. He ran the bar," Amber Moshakos said. "My grandmother was the hostess, and then my aunt was a server."

"I represent the second generation and my parents are still very heavily involved in business," said Amber Moshakos, who is the current LM Restaurants president.

All LM Restaurant locations remain open and are accepting take-out and/or delivery orders. Orders can be placed online via each restaurant's website.

Hear more from Moshakos on today's Out and About Podcast.