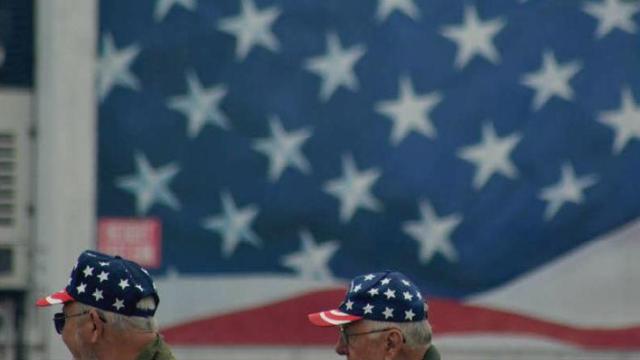 This story was written for our sponsor, Transitions LifeCare

If you or someone you love served in the military -- especially during wartime -- your experiences during the final months of life may be decidedly different than those of a civilian who didn't serve.

Military service may present unique needs at the end of life, according to the National Hospice and Palliative Care Organization. Traumatic events, injuries, toxic agents, extreme environments and even preventive vaccines are just some of the factors that can have lingering physical, emotional and psychological effects on our nation’s veterans.

Adding to those challenges, many veterans returned from duty and simply didn't talk about what they did or saw, perhaps bottling up feelings of anger, guilt and other emotions that can surface at the end of life.

These circumstances are why NHPCO, in collaboration with the Department of Veterans Affairs, developed and launched in 2010 a special program called "We Honor Veterans" to "accompany and guide veterans through their life stories toward a more peaceful ending."

Thousands of hospice providers nationwide, including Transitions LifeCare, are partners in the program. Partners have access to education activities as well as recommended policies and procedures that enhance caring for, listening to and gratefully acknowledging veteran patients.

"Education includes the use of a military checklist and implications of answers to the questions," said John Thoma, CEO of Transitions LifeCare. "Our staff also is trained in how to initiate conversations with veterans, quickly establish rapport with them and determine which therapies might be appropriate."

NHPCO reports that 25 percent of deaths in the United States each year are veterans. North Carolina has the nation's eighth largest veteran population.

"Veterans who experienced combat, even decades ago, may still have physical, emotional and mental conditions or symptoms unlike other citizens," said Deb Norcross, director of hospice and home health at Transitions LifeCare.

For example, World War II and Korean War veterans may have been exposed to mustard gas and nuclear radiation. Many Vietnam War veterans encountered Agent Orange and Hepatitis C, and returned to hostile public reactions in their homeland. Post-Traumatic Stress Disorder and depression are not unusual for service men and women who experienced and are haunted by combat.

"An important part of our care for veterans is truly listening to their stories and letting them express their feelings -- which may be the first time they have done so," said Dale Mead Lawrence, chaplain for Transitions LifeCare. "Having a safe environment to talk and have someone listen in a non-judgmental way can be a huge relief."

"One of the most life-affirming things we do for veterans is a pinning ceremony," Thoma said. "We present a special pin to veterans to publicly acknowledge their military service and sacrifices made by them and their family. We encourage veterans to talk about their service. And we let them know that the pin is a symbol of our deepest gratitude and appreciation for risking their life to protect our freedom."

In addition, Transitions LifeCare created and dedicated a Veterans Garden at their campus in Raleigh as a lasting tribute to our military men and women.

This story was written for our sponsor, Transitions LifeCare