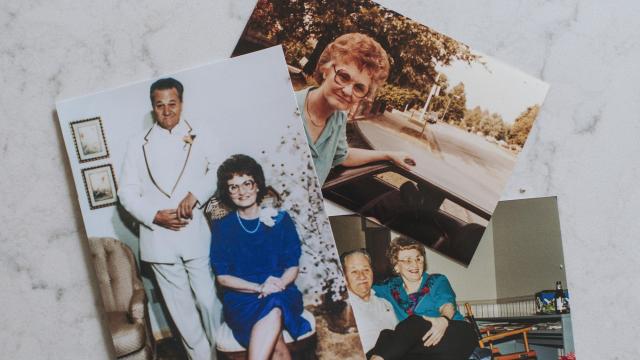 MEMPHIS, Tenn. — When one of Martha Jane Pierce’s sons peeled back the white sock that had been covering his 82-year-old mother’s right foot for a month, he discovered rotting flesh.

“It looked like a piece of black charcoal” and smelled “like death,” her daughter Cindy Hatfield later testified. After Pierce, a patient at a nursing home in Memphis, was transferred to a hospital, a surgeon had to amputate much of her leg.

One explanation for Pierce’s lackluster care in 2009, according to financial records and testimony in a lawsuit brought by the Pierce family, is that the nursing home, Allenbrooke Nursing and Rehabilitation Center, appeared to have been severely underfunded at the time, with a $2 million deficit on its books and a scarcity of nurses and aides. “Sometimes we’d be short of diapers, sheets, linens,” one nurse testified.

That same year, $2.8 million of the facility’s $12 million in operating expenses went to a constellation of corporations controlled by two Long Island accountants who, court records show, owned Allenbrooke and 32 other nursing homes. The homes paid the men’s other companies to provide physical therapy, management, drugs and other services, from which the owners reaped profits.

In what has become an increasingly common business arrangement, owners of nursing homes outsource a wide variety of goods and services to companies in which they have a financial interest or that they control. Nearly three-quarters of nursing homes in the United States — more than 11,000 — have such business dealings, known as related party transactions, according to an analysis of nursing home financial records by Kaiser Health News. Some homes even contract out basic functions like management or rent their own building from a sister corporation, saying it is an efficient way of running their businesses and can help minimize taxes.

But these arrangements offer another advantage: Owners can arrange highly favorable contracts in which their nursing homes pay more than they might in a competitive market. Owners then siphon off higher profits, which are not recorded on the nursing home’s accounts.

Contracts with related companies accounted for $11 billion of nursing home spending in 2015 — a tenth of their costs — according to financial disclosures the homes submitted to Medicare.

In California, the state auditor is examining related party transactions at another nursing home chain, Brius Healthcare Services, regarding reimbursements from the state’s Medicaid program. Rental prices to real estate companies related to the chain of homes were a third higher than rates paid by other for-profit nursing homes in the same counties, according to an analysis by the National Union of Healthcare Workers.

Such corporate webs bring owners a legal benefit, too: When a nursing home is sued, injured residents and their families have a much harder time collecting money from the related companies — the ones with the full coffers.

After the Pierce family won an initial verdict against the nursing home, Denz and Bennett appealed, and their lawyer, Craig Conley, said they would not discuss the case or their business while the appeal was pending.

“For more than a decade, Allenbrooke’s caregivers have promoted the health, safety and welfare of their residents,” Conley wrote in an email.

Dr. Michael Wasserman, the head of the management company for the Brius nursing homes, called the subject of corporate structures a “nonissue” and said, “What matters at the end of the day is what the care being delivered is about.”

Networks of jointly owned limited liability corporations are fully legal and widely used in other businesses, such as restaurants and retailers. Nonprofit nursing homes sometimes use them as well. Owners can have more control over operations — and better allocate resources — if they own all the companies. In many cases, industry consultants say, a related company will charge a nursing home lower fees than an independent contractor might, leaving the chain with more resources.

“You don’t want to pay for someone else to make money off of you,” Ulrich said. “You want to retain that within your organization.”

But a Kaiser Health News analysis of inspection and quality records reveals that nursing homes that outsource to related organizations tend to have significant shortcomings: They have fewer nurses and aides per patient, they have higher rates of patient injuries and unsafe practices, and they are the subject of complaints almost twice as often as independent homes.

“Almost every single one of these chains is doing the same thing,” said Charlene Harrington, a professor emeritus of the School of Nursing at the University of California, San Francisco. “They’re just pulling money away from staffing.”

Martha Jane Pierce moved to Allenbrooke in 2008 in the early stages of dementia. According to testimony in the family’s lawsuit, when her children visited they often discovered her unwashed, with an uneaten, cold meal sitting beside her bed. Hatfield said in court that she had frequently found her mother’s bed soaked in urine. The front desk was sometimes vacant, her brother Glenn Pierce testified.

“If you went in on the weekend, you’d be lucky to find one nurse there,” he said in an interview.

After a stroke, Martha Pierce became partly paralyzed and nonverbal, but the nursing home did not increase the attention she received, said Carey Acerra, one of Martha Pierce’s lawyers. When Martha Pierce’s children visited, they rarely saw aides reposition her in bed every two hours, the standard practice to prevent bedsores.

“Not having enough staffing, we can’t — we weren’t actually able to go and do that,” one nurse, Cheryl Gatlin-Andrews, said in a deposition.

— Homes that did business with sister companies employed, on average, 8 percent fewer nurses and aides.

— As a group, these homes were 9 percent more likely to have hurt residents or put them in immediate jeopardy of harm, and amassed 53 substantiated complaints for every 1,000 beds, compared with 32 per 1,000 beds at independent homes.

Ernest Tosh, a plaintiffs’ lawyer in Texas who helps other lawyers untangle nursing company finances, said owners often exerted control by setting tight budgets that restricted the number of nurses the homes could employ. Meanwhile, “money is siphoned out to these related parties,” he said. “The cash flow gets really obscured through the related party transactions.”

The American Health Care Association, which represents nursing homes, disputed any link between related businesses and poor care. “Our members strive to provide quality care at an affordable cost to every resident,” the group said in a statement. “There will always be examples of exceptions, but those few do not represent the majority of our profession.”

The model of placing nursing homes and related businesses in separate limited liability corporations and partnerships has gained popularity as the industry has consolidated through purchases by publicly traded companies, private investors and private equity firms. A 2003 article in the Journal of Health Law encouraged owners to separate their nursing home business into detached entities to protect themselves if the government tried to recoup overpayments or if juries levied large negligence judgments.

In 2009, Harvard Medical School researchers found the practice had flourished among nursing homes in Texas, which they studied because of the availability of state data. Owners had also inserted additional corporations between themselves and their nursing homes, with many separated by three layers.

To bring related companies into a lawsuit, attorneys must persuade judges that all the companies were essentially acting as one entity and that the nursing home could not make its own decisions. Often that requires getting access to internal company documents and emails. Even harder is holding owners personally responsible for the actions of a corporation — known as “piercing the corporate veil.” At a conference for executives in the long-term health care industry in Nashville in 2012, a presentation slide from nursing home attorneys titled “Pros of Complex Corporate Structure” said, “Many plaintiffs’ attorneys will never conduct corporate structure discovery because it’s too expensive and time consuming.” The presentation noted another advantage: “Financial statement in punitive damages phase shows less income and assets.”

A lawyer in Alabama, Barry Walker, is still fighting an 11-year-old case against another nursing home then owned by Denz and Bennett. Walker traced the ownership of Fairfield Nursing and Rehabilitation Center back to the men, but he said the judge had allowed him to introduce the information only after the Alabama Supreme Court ordered the judge to do so. That trial ended with a hung jury, and Walker said a subsequent judge had not let him present all the information to two other juries, and he dropped the men from the lawsuit. The home closed a few years ago but the case is still ongoing, after two mistrials.

“The former trial judge and the current trial judge quite frankly don’t seem to understand piercing the corporate veil,” he said. “My firm invested more in the case than we can ever hope to recover. Sometimes it’s a matter of principle.”

The complexity of the ownership in Martha Pierce’s case was a major reason it took six years to get to a trial, said Ken Connor, one of the lawyers for her family. “It requires a lot of digging to unearth what’s really going on,” he said. “Most lawyers can’t afford to do that.”

The research paid off in a rare result: In 2016, the jury issued a $30 million verdict for negligence, of which Denz and Bennett were personally liable for $20 million. The men’s own tax returns had bolstered the case against them. They claimed during trial they delegated daily responsibilities for residents to the home’s administrators, but they reported on their tax returns that they “actively” participated in the management. The jury did not find the nursing home responsible for her death later in 2009.

The appeal brought by Denz and Bennett challenges both the verdict and their inclusion. They argue that Tennessee courts should not have jurisdiction over them since they spent little time in the state and neither was involved in the daily operations of the home or in setting staffing levels. Their lawyers said jurors should never have heard from nurses who hadn’t cared directly for Martha Pierce.

“No way did I oversee resident care issues,” Bennett said in a deposition. Deficient in the End

Whoever was responsible for Martha Pierce’s care, her family had no doubt it had been inadequate. Her son Bill Pierce was so horrified when he finally saw the wound on his mother’s foot, he immediately insisted that she go to the hospital.

Hatfield said the surgeon had told the family that “he had never seen anything like it.”

“He amputated 60 percent of the leg, above the knee,” she said.

After the amputation, Martha Pierce returned to the nursing home because her family did not want to separate her from her husband, who was also there.

At the trial, the nursing home’s lawyers argued that Martha Pierce’s leg had deteriorated not because of the infection but because her blood vessels had become damaged from a decline in circulation. The jury was unpersuaded after nurses and aides testified about how Allenbrooke would add staffing for state inspections while the rest of the time their pleas for more support went unheeded.

Workers also testified that supervisors had told them to fill in blanks in medical records regardless of accuracy. One example: Allenbrooke’s records indicated that Martha Pierce had eaten a full meal the day after she died.