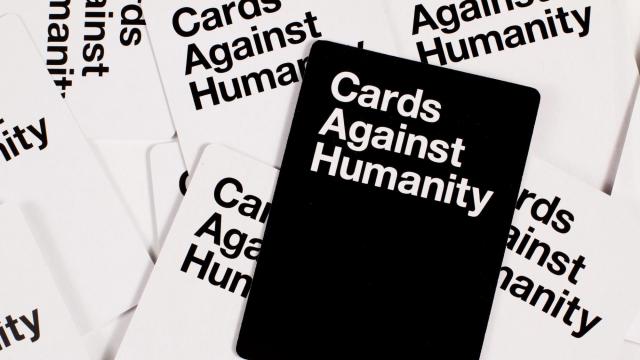 Cards Against Humanity has purchased a plot of land in an attempt to prevent construction of President Donald’s Trump proposed border wall.

According to a post on the website for the popular game, the company has purchased a plot of vacant land on the U.S.-Mexico border and retained a law firm specializing in eminent domain to “make it as time consuming and expensive as possible for the wall to get built.”

The stunt is part of a holiday promotion called “Cards Against Humanity Stops the Wall” and fans of the game can sign up for $15 to contribute to the stunt. Those who sign up will receive an illustrated map of the land, a certificate of the promise to fight the wall and six “America-saving surprises” in the mail next month, the company said.

“It will be fun, it will be weird and if you voted for Trump, you might want to sit this one out,” the company said on its website.

The number of people who can participate is limited, but about 2,600 slots were remaining Tuesday night.

Cards Against Humanity, known as “a party game for horrible people,” has done holiday promotions in the past, including last year when they dug a hole to nowhere.