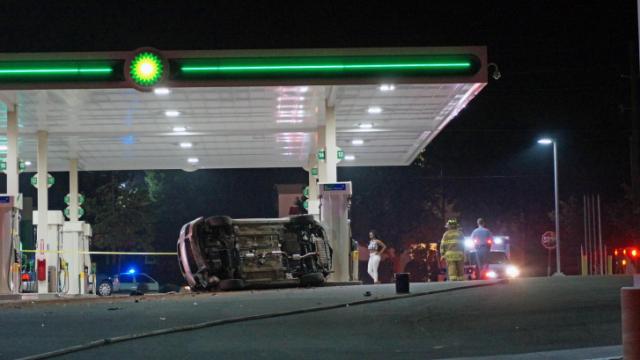 Emergency crews responded to the Bull Market mart at about 3 a.m. after a car lost control, ran off the road and ended up on its side feet from the station's gas pumps.

Traffic on Glenwood Avenue was not impacted by the wreck, and no damage was reported at the gas station.

Authorities have not released information about why the car ran off the road.