The crash occurred before 4:45 a.m. near Corporation Parkway when a car brought down two power poles and damaged power lines.

At 7 a.m., the outage was down to 350 customers. Officials estimated everyone would have power again by noon. 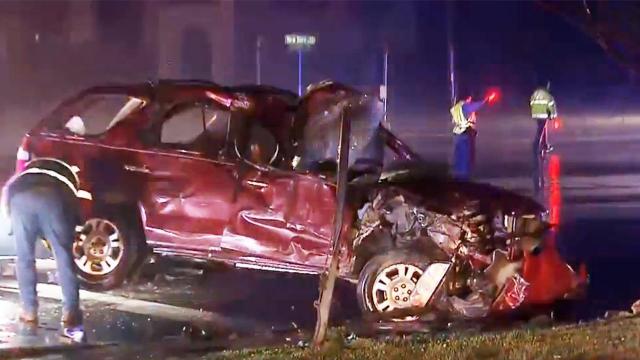