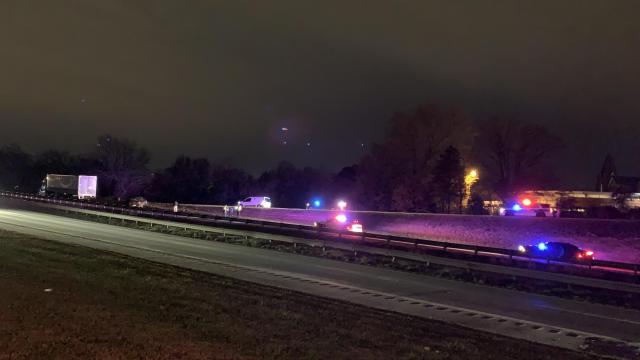 Durham, N.C. — The Durham Freeway was closed for several hours early Friday morning after an 18-wheeler struck a car near Exit 12 for Fayetteville Street.

According to officials, an Acura sedan was traveling south on North Carolina 147 when the driver lost control and hit a guardrail on the left side of the highway. The car spun several times and came to rest in the right lane, facing the wrong way.

The front end of a Amazon Prime Volvo tractor-trailer struck the disabled Acura around 1 a.m., causing significant damage to both vehicles.

A woman in the Acura was taken to the hospital with serious but non-life-threatening injuries. The other people inside the Acura fled the scene before officers arrived, officials said.

The driver of the tractor-trailer was not injured.

Charges were not announced.