Car falls off bridge into creek in Wilson wreck

Wilson, N.C. — Department of Transportation crews were working to repair a bridge Thursday night following an accident in Wilson County.

An SUV was involved in a wreck Thursday afternoon and went off a bridge on U.S. Highway 117, near the Wayne County line, and fell into the creek below.

Police and ambulance presence in the area shut down U.S. 117 for several hours as the badly damaged car was removed from the water and towed away. 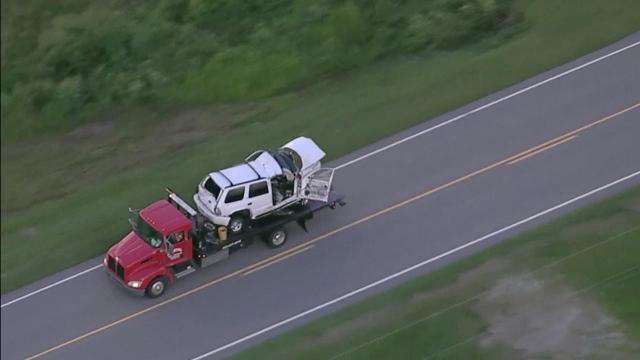 Thursday night DOT crews were working to install a temporary guardrail on the bridge and were trying to contain the oil and other fluids that had spilled out of the SUV.

Authorities did not say how many people were in the SUV or if anybody was injured.