Holly Springs, N.C. — Witnesses say a car drove over a ball in the parking lot of a Holly Springs Target on Monday.

A shopper told WRAL News that the crash happened around 3 p.m.

Michelle Wright, 49, from Holly Springs was charged with driving while impaired and careless and reckless driving in connection to the crash. 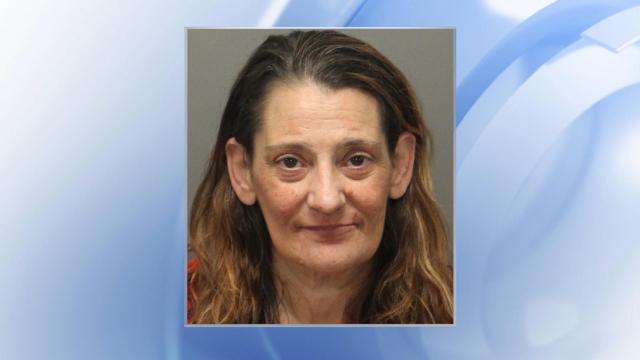 Officials said that the driver was backing out, accelerated and backed over the red ball.

Emergency crews stabilized the vehicle and got the driver out safely. No one was injured, police said. 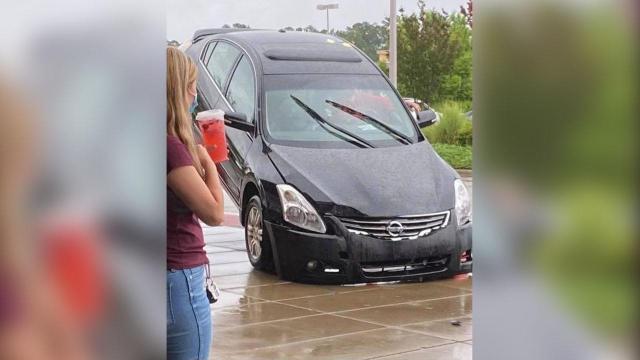 Leslie Lockhart was leaving the store and was captured in a photo that is now making the rounds on social media. She says people could not help but laugh at the situation once they knew no one was hurt.

"There was a lot of commotion at the exit and I was like, 'is that a car on the balls?' and yeah there was a car on the ball," she described. "So, me and a bunch of people were just trying, standing there, like what do we do? There were several Target employees and a few bystanders just trying to help."

The photo of the car, resting on top of the ball with the driver still inside, has prompted memes all across Facebook.

The photo on the Facebook group "Fuquay-Varina memes" shows a woman minding her business, pushing her cart right by the car.

One man on Facebook wrote that the photo represented, "Me 45 minutes after my wife says she just needs to run in to get a couple of things."

Also on Monday, a car crashed into the entrance of a Wendy's in Alamance County. No workers or patrons were injured, officials said.