Raleigh, N.C. — A car hit a power pole on Western Boulevard early Wednesday morning, bringing down power lines before it went off the road and hit a tree.

It's the third crash of its kind this week.

The crash occurred before 1:30 a.m. near Jones Franklin Road. The driver was transported to the hospital with minor injuries after the crash.

Officials said alcohol did not appear to be a factor. 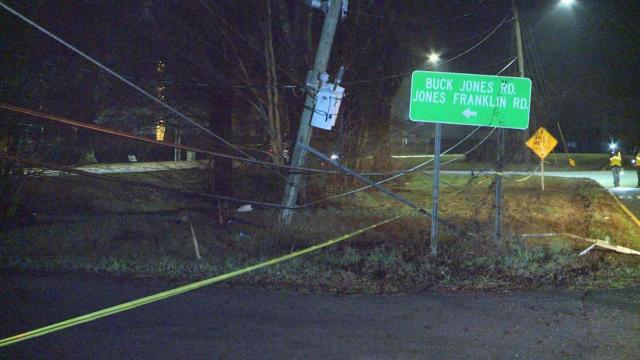 Duke Energy crews were not forced to close Western Boulevard while they made repairs.

Similar crashes were reported recently. On Monday morning, during heavy rain, a car was badly damaged when it struck a pole on New Bern Avenue near Trawick Road. Officials said the car hydroplaned.

On Tuesday, a crash on Morreene Road near U.S. Highway 15 501 in Durham brought streetlights down onto the street after a car hit a utility pole.

The cause of that crash was not provided.