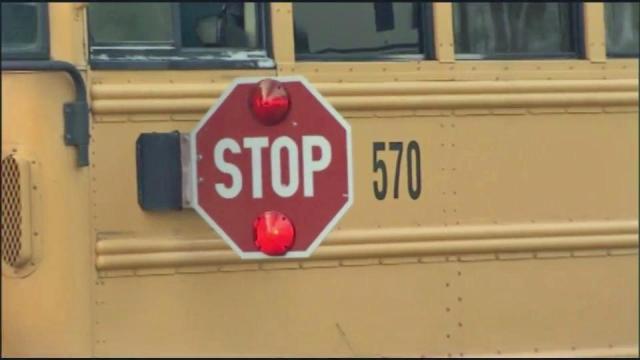 Pittsboro, N.C. — A car collided with a school bus on Highway 15-501 north of Pittsboro Friday evening, according to Highway Patrol.

The school bus was traveling south, preparing to come to a full stop on Birchwood Drive to drop off children.

A silver Honda swerved from the left lane to the right lane, hitting the the bus.

The driver, Tia White, was ticketed for failure to reduce speed and reckless driving.

White was taken to UNC Hospitals with minor injuries, described as cuts and scrapes.

Ten children were on the school bus, and no one else sustained any injuries.