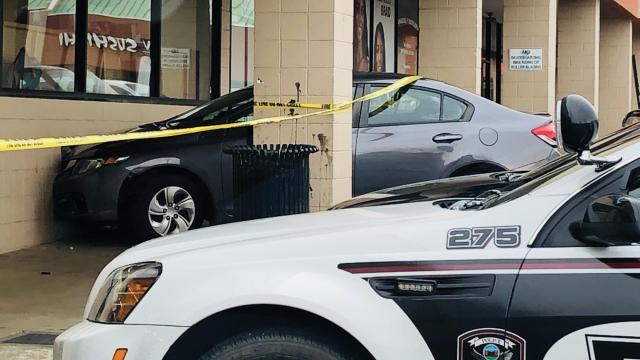 Carrboro, N.C. — No major injuries were reported when a car jumped the curb and slammed into a Carrboro discount store Tuesday, authorities said.

The incident occurred at the Carrboro Plaza, located at 104 N.C. Highway 54, around 1 p.m., police Capt. Chris Atack said in a written statement.

The driver of the Honda Civic was taken to UNC Hospital as a precaution, but the driver did not have any visible injuries when he was taken for medical care, police said. No other injuries were reported.

The car crashed into the front of the Dollar General store, but it does not appear that the vehicle actually ended up inside the store.

Police said it was not immediately clear how the accident occurred and no criminal charges are expected.