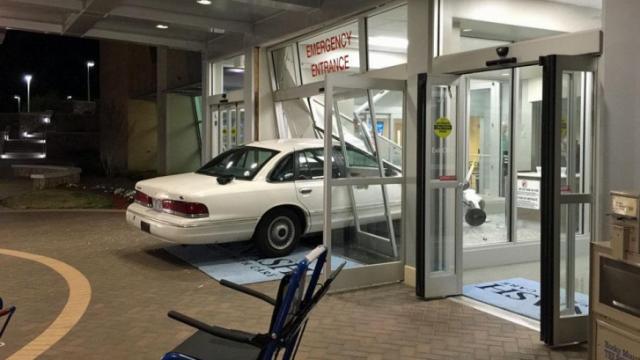 No one was injured in the crash, which happened around 3:15 a.m. A hospital spokesman said the driver, 54-year-old Wendy McCabe, of Roanoke Rapids, was taken into the hospital to be checked out.

Rocky Mount Cpl. Michael Lewis said McCabe was charged with careless and reckless driving, and he estimated that the doors of the ER sustained about $25,000 worth of damage and will take about three weeks to repair.